Jafar deals some good damage with his Whirling Dervish and can kill most enemies and is one of the best skills in the game. His green skill prevents one of his enemy to activate his white skill or attack normally (he slows one enemy), probably a perfect timing to KO the enemy. His white skill can charm someone until he runs out of energy. According to game tips (seen when the game is loading), it says that attacks will be interrupted if damage more than 15% HP is taken, meaning that the charm may be stopped and because of his usage of energy, he may not be able to activate his white skill fast enough and he may be disabled and/or KO quick. His purple skill reinforces the charm, giving the charmed opponent a speed boost, allowing the charmed enemy to kill almost his whole team. But there’s a downside. Allies’ disables are also blocked meaning that the disable will be rendered ineffective but damage will still be dealt.

Skill power mods: His blue skill can deal heavy damage and can be increased through Hades’s Meg disk. It is recommended to apply the blue skill upgrade. But for the green and purple skill, I personally suggest applying the green skill upgrade as it steals energy and slows the enemy to slow his energy increase.

HP mods: Due to Jafar’s no tenacity and/or evasion, a shield can help in blocking some damage. Although reality upgrades are usually not recommended as Jaguar usually has more reality.

Basic damage mods: After Jafar reaches Orange+2, he is recommended to be equipped with 2 HP and skill power mods, but if equipping basic damage mods is a must, maybe add the fantastic crit as there is a higher chance to deal more damage with his Whirling Dervish.

Friendship disks:
Scar’s disk give Jafar’s tank allies more HP and his support allies more skill power and Whirling Dervish will be used at the start of each wave as his first attack and will deal more damage to damage and control role enemies. Gaston’s disk makes Jafar’s charm more useful, giving him HP per second and more energy. This disk’s stealing energy effect however seems redundant but it helps to activate his white skill earlier. In my opinion, there

Pairing allies: Hades or anyone that is benefitted from Jafar’s Scar disk (like Tank and Support allies). Hades’s Meg disk allows Hades to deal more damage with his white skill and Jafar is also benefitted as he can also deal more damage. Jafar in return can also give Hades more HP, making them the perfect combo. Other definite disable heroes can also be used to prevent Jafar from being KO. Mickey can also boost Jafar’s damage with his white skill and give him or Mickey energy and heal and regenerate HP, preventing him from being KO.

Is this any different from your other guide? ‘Cause I still see the terrible points you made in the other one.

can kill most enemies

But there’s a downside. Allies’ disables are also blocked meaning that the disable will be rendered ineffective but damage will still be dealt.

there is a higher chance to deal more damage with his Whirling Dervish.

Where Can we get this hero?

Jafar’s white skill has a nasty habit of being evaded which renders it useless sometimes.

I know, i thought that it might be worth mentioning.

i still love jafar despite he has been nerfed x times. similar to moana, quorra . etc. etc
for those who are still building jafar, here is a list of popular combo with jafar 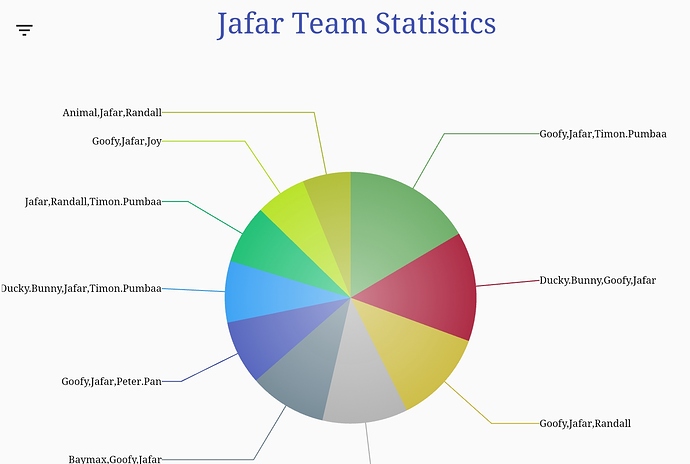 Thanks. I use him in Arena with Minnie, Powerline, Goofy and Mulan.

My Guild Leader recommended it to me and helped to figure it out.

I mean as long as you have Goofy’s Je disk all the damage will be significantly increased.

And we already talk about strong heroes like Mulan or Powerline

I’ve got a the disk… Finally!

I also had other powerful teams… With Peter Pan, Beast, Meg, Bo Peep… But this is the best I’ve ever had 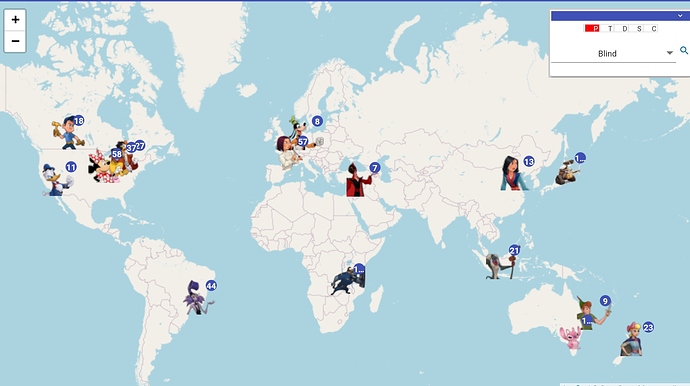 I’m sorry but what is this?

Personally would say Powerline, Hank & Dory and Colette are worth a mention as well

Thanks for your suggestions! Should I make a guide about Powerline?