“I climbed the North Mountain, survived a frozen heart and saved you from my ex-boyfriend. So, you know, I’m coming.”

Loyal to her friends, Anna proves her courage to protect those she loves.

Defeat: Sits down and cries 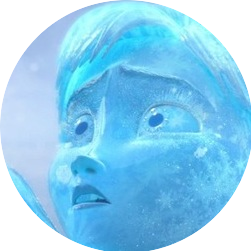 Anna rushes in front of her team and becomes a frozen statue until her energy runs out. While frozen, she receives 70% less damage from all sources. Also, Anna and her allies heal for X HP per second. Enemies will also only target Anna with their skills and Basic Attacks. 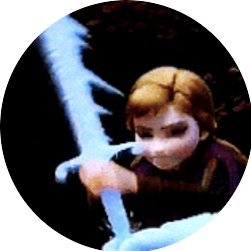 Anna absorbs a skill or Basic Attack and counters by striking them with her ice sword, dealing X Damage and freezing them for 8 seconds.

Anna gains Armor equal to 50% of the damage absorbed by this skill .

Anna can counter once every 11 seconds.

Blue Skill: The Next Right Thing 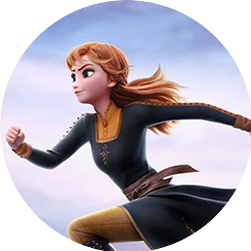 For every 10% HP that allies are missing, 5% of the damage the are dealt is redirected to Anna. 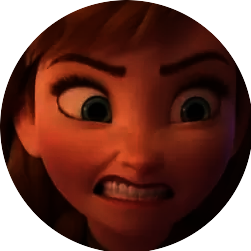 Each time Anna or an ally receives more than X Damage in one hit, they heal for X HP and have their Attack Speed increased by 25%.

Red Skill: From The Heart 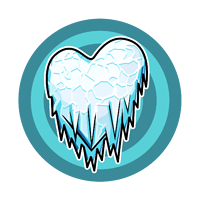 Anna is immune to Damage over time effects and instead heals for X HP per second. Whenever a projectile hits Anna during Act Of True Love, she gains Reality equal to 50% of the damage she took.

Anna and Kristoff & Sven
Campaign: Frosty Romance
Disk: Into The Woods - If an enemy with more than 700 energy damages Anna during Act Of True Love, they are frozen for 8 seconds minus 100 energy per star. Anna can freeze an enemy once every 4 seconds.
+X Skill Power
Description: Anna and Kristoff explore the city in Kristoff’s new sled
Allies: Elsa, Olaf, Frozone

Anna and Rapunzel
Campaign: Into The Unknown
Disk: Open Door - Anna and allies are energized for the first 5 seconds of combat. Energized allies receive 80 more energy each time they Basic Attack plus 1 second per star.
+X Armor
Description: Anna shows Rapunzel some of the fun things to do in the city.
Allies: Hiro, The Mad Hatter, Miguel

And Merry Christmas to all, and to all a good night!

Hope we get this hero