, Control, Frontline.
Quote: “We stole the Statue of Liberty – the small one, from Las Vegas! I won’t even mention the Eiffel Tower… also Vegas.”
Bio: Gru uses his gadgets and his Minions to pack a punch to the enemies.

Gru freezes a member from the opposing team, dealing X damage and freezing them for 6 seconds.

Gru shoots 3 random members of the opposing team with a fart gun, dealing X damage and silencing them.

Kevin the Minion walks onto the battlefield and shoots his missile launcher at the opposing team, dealing X damage and knockback to all enemies hit or nearby.

Red Skill: Mastermind Plans.
Gru’s green skill deals 80% more damage.
-Enemies frozen by “Freeze Ray” will lose X armor and reality per second they are frozen.
-Enemies affected by “Fart Blast” are stunned for over 5 seconds of over 600 energy.
(The affect is reduced against enemies above Level X)
-Fart Blast deals 65% more damage.

Gru - Darkwing Duck
Disk: Spy In Disguise.
+X Max HP to Gru and his team.
Gru will start the battle with a shield.
Gru will be immune to debuffs.
Allies: Minnie, Donald, Hector Barbossa. 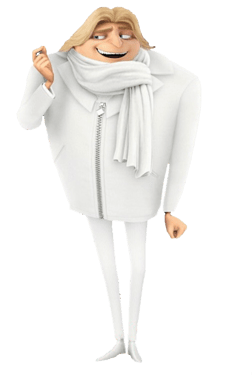 Fun fact: There are 10,400 minions (counted) that have been discovered in Despicable Me!
That’s a lot of yellow dudes! 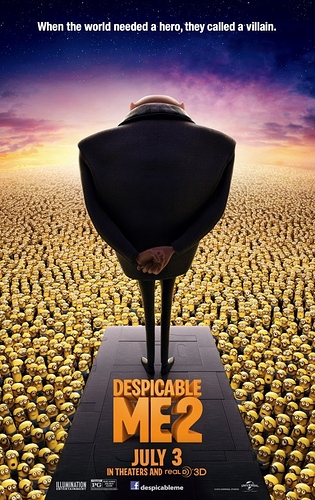 If you enjoyed this, that is good

Feedback is appreciated. This is the last unlikely character concept, but maybe they will make a comeback one day.

I’ll think about it.

Enemies affected by “Fart Blast” are stunned for 5 seconds of over 600 energy.

The effect is reduced against enemies above level X
(Keep the stat boosts)
6. You friendship disks are ok, but I’d swap out Faciler with Syndrome due to him being more “technologically intelligent”.

Overall 8/10. If you want to take these suggestions, feel free to do so. I’m not forcing you.

I’ll take all your suggestions, thank you 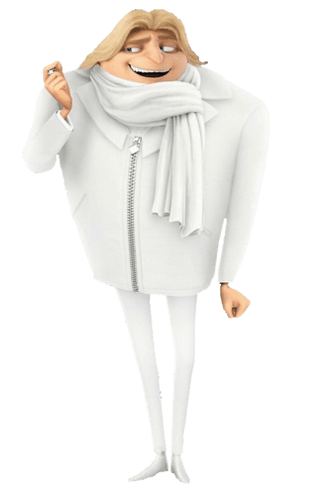