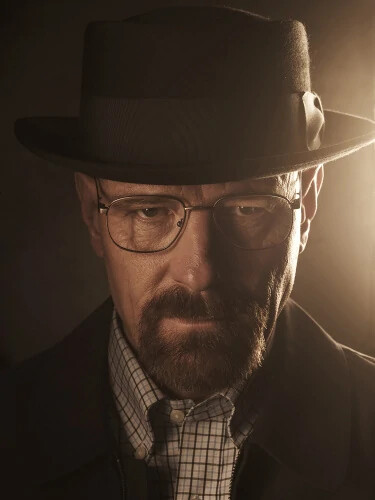 Role: Damage
Position: Middle
Trial Team: Yellow
Entrance: Walter walks while talking on his flip phone. He stops, snaps his phone and tosses it behind him. He then pulls his gun out and holsters it at his hip.
Defeat: Walter faints and falls to the floor.
Victory: Walter takes out his flip phone and mouths “I won” with a smile on his face
Basic Attack: Walter shoots at the enemy

White Skill - Mercury Fulminate - Fantastic Damage
Walter takes a pouch out of his pocket and slams it to the ground, creating an explosion that damages enemies for X over 3 seconds, hexes for 6 seconds, and increase his energy gain by 20%. The energy gain percentage resets after the wave ends.

Green Skill - No More Half-Measures - Fantastic Damage
Walter aims a well-placed shot on the enemy, dealing X damage, reducing their reality by 50% for 8 seconds and stealing 50% of their energy. If the enemy is hexed, this skill does an additional X true damage.

Blue Skill - Empire Business
At the start of the wave, Walter drops a duffle bag of money beside him. This increases his teams skill damage and energy gain by 55% for 18 seconds.

Purple Skill - He Who Knocks
When Walter reaches 70% of his health for the first time, he becomes enraged, increasing his attack and movement speed by 200% for 12 seconds and stealing X reality from enemies every 3 basic attacks.

Red Skill - I Liked It
Walter gives the most wanted enemy a hex for 5 seconds when he uses Empire Business and No More Half-Measures.
When enemies that are already hexed get hexed they lose X reality and give Walter 20% damage gain for 8 seconds. The damage gain increases by 20% for every hexed enemy.
Mercury Fulminate gains X bonus true damage.