If new guild perks aren’t on the short future roadmap.. can guild perk contest coins be at least changed to something else soon?

@loutre… I know you say you guys listening but honestly when you say in state of game and on separate forum posts begging for more , it’s not going to happen anytime soon even though it is probably the most wanted thing on the forums and game from as far as I see more then new toons, most of us players think you guys really aren’t listening. Again I respect the answer Becuase it’s your company and all, but really actions speak louder than saying you just listening. Sadly a lot of us read it as just as a kicking the can response like a politician… just giving an answer without really answering the question just to avoid it.

If you guys can at least change this prize to maybe some gems cosmetic crates and badge crates for guilds with all the contest guild perks in the near future maybe many of us wouldn’t feel so adamite about this topic. 2.2m coins with nothing to use them on but keeps growing with ever guild contest… like something needs to give Becuase these contest guild point rewards really useless at this point until you guys start introducing more ways to spend them. Thanks. 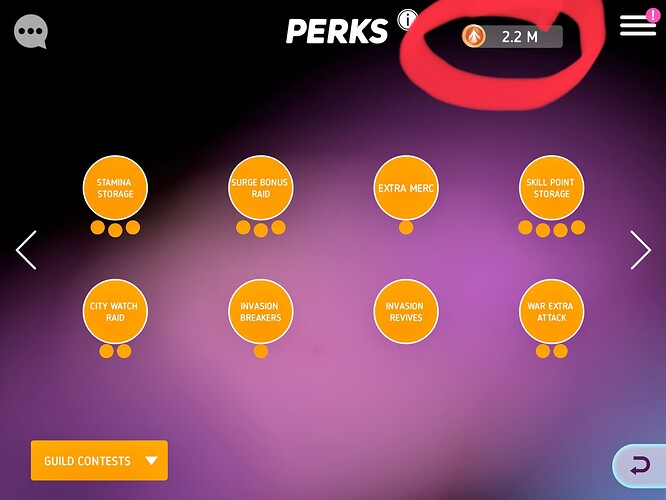 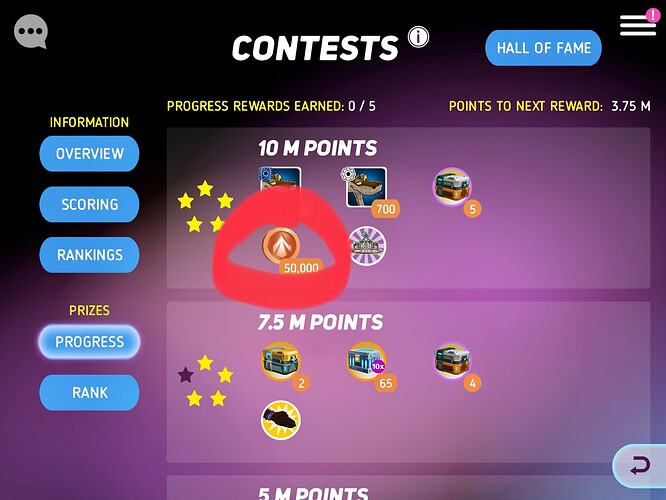 They won’t read this

Maybe they could add some sort of purchase system, in the same way they have ‘consumables’ for when your guild has bought all available ordinary perks

They won’t read this

I can’t make any promises that there will be changes, but I have passed it to the team.

I tend to more skim those, but I check them out!

I would also be more in favour of this solution in contrast to the solution of getting red of Contest tokens as rewards as a whole. While my guild has also maxed the current rewards, I wouldn’t want to take the chance away to complete the rewards, for those guilds that haven’t completed yet.

Consumables with contest tokens would be a good solution!

If you can pass along at least that the existing Guild Perks can be updated, like so that Guild Influence actually feel useful :-).

I will say, be careful of not falling into the trap of always pushing Guild Perks out and never do them, like “We hear you and pass along the feedback” however nothing comes from it and what is focused on is just more ways to get revenue rather than doing mode maintenance to keep the game engaging.

What “We hear you and pass along the feedback” is for us players at this point is just stalling, stalling by keeping to say that you hear us, yet not actually following up the feedback and implementing things like new Guild Perks or update existing Guild Perks.
(The Hero Management was a misunderstanding as well, Players thinking Hero Balancing while PerBlue meant Hero UI. So what we got there wasn’t what we players actually wanted and meant to vote for).

I am sorry for a little blow out, but I am just dishearten as a player who has played since May 2018 when Disney Heroes launched. In the early years in 2018 and 2019 PerBlue did actually more so listen to feedback and implement such feedback.

I just missed the time when PerBlue cared about us players through actual actions, rather than saying we are heard and that being a stall tactic without anything actually implemented of what we ask for.

We only really get things these days that increase revenue, not much that improves the foundation of the game and keep the game actually engaging.
.

All this said, while I do still enjoy Disney Heroes to an extent still, I can’t help feel disheartened by the fact that PerBlue never really follow up on feedback these days, or at least just small things and not things that would actually really increase the Player Satisfaction overall.

I hope you don’t mind me saying all of this Loutre and I mean nothing bad, just disheartened and want to have the care for players like how it was in 2018 and 2019 as then we was treated better than now.
Just hope we can return to that era player treatment wise when features that helped the players were more so implemented :-).

I’m not asking for guild perks to be released every month, but at least look into qol improvements at least every 6 months . Things that players actually find useful and enjoy freely… not nerfing something just to release a money making deal. I’d be all for keeping the guild contest perk points as a rewards if consumables for a whole guild like a bundle of backpacks, stamania, stamaia x4 or x2 generators, and disk power could be bought using said points for how much one could make in a guild contest… but that would require new perks to be made which pb seems reluctant to do Becuase as you said it seems all it seems about is their bottom dollar making. I agree, I do feel pb use to be more open to actually implementing action, especially player suggestions when game started compared to now.

Prize wall as been a great feature and thanks for that pb really. It makes things a little more engaging and enjoyable as a game should be. But the long drought of new guild perks, badge costs just making game more pay to play not just win, is disheartening as you said.