Invasion: Calhoun Red Skill is this a bug or just weird calculation

Are the invasion power ups working properly for Calhoun (is this a bug), if this is not a bug please explain the calculation.
.
Firstly, please note there is a minor difference in the invasion power ups on the screen shots that I use below… in some case she has 274 and in others 275 - so its pretty negligible.
.
Calhoun’s red skill reads: 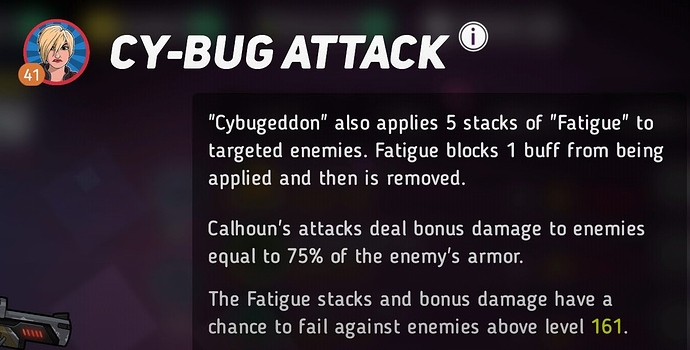 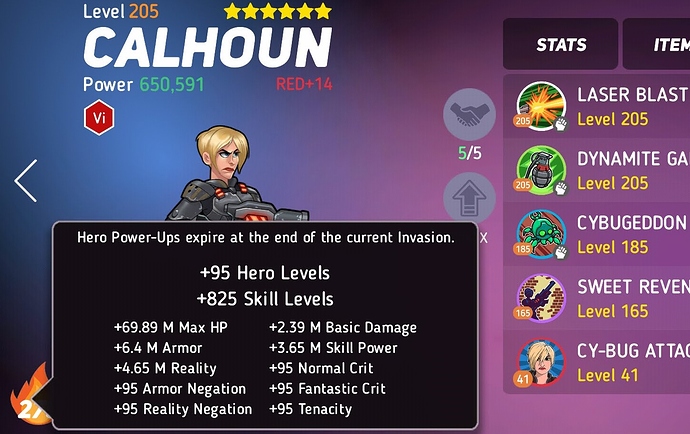 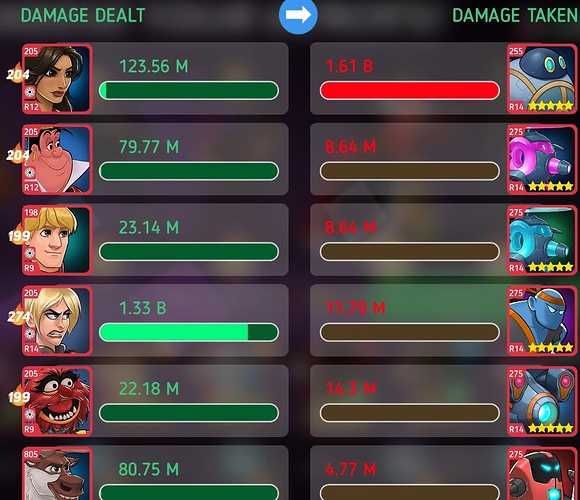 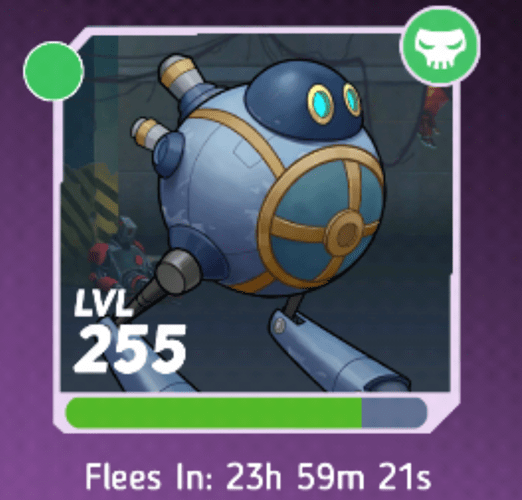 Finally, for comparison, a screen shot of the outcome of an attack against a level 270 mamma bot. 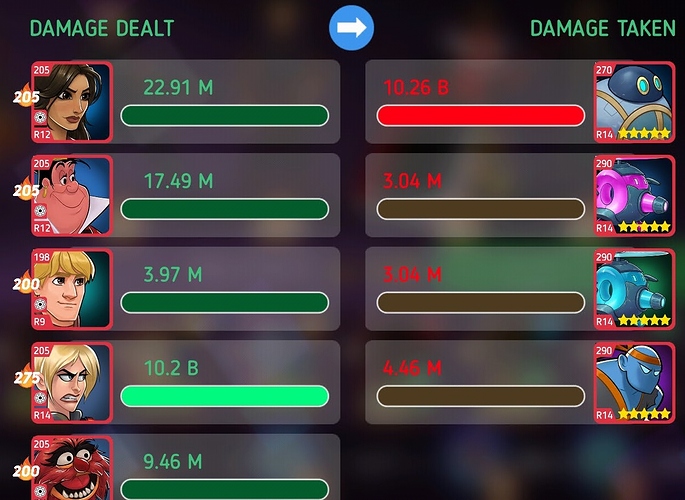 I get that the nature of the red skill means that the higher level bots that have more armour will take more damage… so that could appear to be an explanation… but that would not explain why sometimes an attack on a 270 bot (or thereabouts) does as little or less damage as the attack on the 255…
.
The only explanation I can think of is that the red skill is failing, but why? Is this a bug or have I completely misunderstood how you are applying the invasion power ups - specifically as regards the skill levels. @Polaris I would appreciate an explanation.

The only explanation I can think of is that the red skill is failing, but why? Is this a bug or have I completely misunderstood how you are applying the invasion power ups -

The last option I’m afraid to say. The red skill doesn’t get power-ups. It is only applied to white through purple

why on earth would they do that?

My calhoun is so aggravating. She will 1 shot a bot with zero resistance well into level 200 bots, and then suddenly she hits a brick wall and does almost zero damage no matter how I change the line up. I dont use armor shred boosters or armor shred toons, but still, suddenly she just completely stops working, directly after she just 1 shotted a bot. Usually in invasion, you can watch the resistance build up as your power ups become unbalanced to your bot level, and your toon will consistently do less damage. That’s not at all what happens to Calhoun. She literally goes from full green light to dead stop - almost zero damage. How is that possible? The last blue invasion, sorrowfully, I stacked every single power up on “ALL” or Calhoun - nobody else. She was STACKED with fires and still - almost 0 bot damage after the initial first red light. It makes zero sense and doesnt act like any other mechanic in invasion. I seriously need an answer, it’s driving me nuts!!

I seriously need an answer, it’s driving me nuts!!

It’s very much alive and well for me, thx.

4 months with no comments is very alive, isn’t it?

Well, sorry. But this is the only answer

The red skill doesn’t get power-ups. It is only applied to white through purple

Sorry someone tinkled in your cheerios.

I literally just read through several revived threads, and there was never anyone being rude, as you are, anywhere in them.
What you quoted is not an acceptable answer, it IS a bug, and should be fixed.

there was never anyone being rude, as you are, anywhere in them

What you quoted is not an acceptable answer, it IS a bug, and should be fixed

Well, until it is addressed by PerBlue themselves (which they haven’t for the entire existence of red skills), you’re gonna have to deal with using other heroes in blue invasion for now

Power-ups are not bugged, just outdated. And I have already said that here:

Welp, my intent was to add my voice of people seeking that very end. Seriously. So sorry I offended you. You obviously are very special here. In fact, you’re probably very needed elsewhere by now, eh?

You obviously are very special here.

I love it when people think I’m entitled instead of realizing that I’m trying to inform them. Really shows how much humanity has evolved

Look, I agree. Red skills should be powered up in Invasion. I’m only saying that it isn’t a bug and I only cautioned you that you shouldn’t revive dead topics. I was not being ride in any way.

I hope you have a good day.

Pretty sure Polaris confirmed a while back that red skills did not scale with power ups. This is intentional, not a bug. You could send in a ticket requesting them to scale, but that’s probably your only hope.

Yep, it’s been confirmed that it’s not a bug, but intentional balance to allow creation of more varied red skills without them goofing invasion - such as Calhoun’s.

So, Calhoun could always 1-shot the bot without red skill?

No, no one said that.

No. Without her red skill, Calhoun would stop one-shotting bots very early on, much sooner than the level 255 bot shown above. If the invasion power-ups were also applied to red skills the same way they were applied to the other skills, then she would be able to one-shot much higher bots, possibly to infinity.