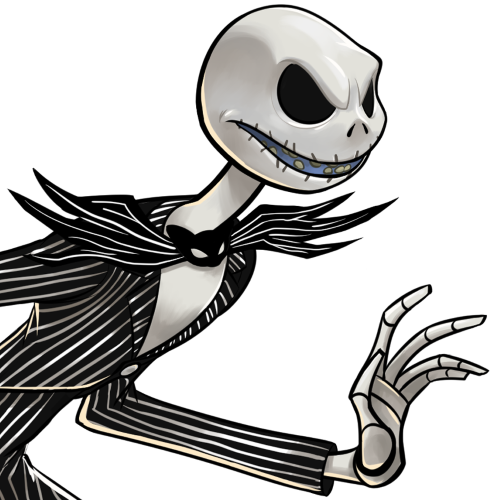 this skeleton needs to do more…there I said it, he’s a scare damage, he can help heroes who scare heal themselves and can deal bonus damage to already scared enemies when they are scared again…and that’s it, refresh time

Passive: Jack sets his pumpkin aflame, making his basic attacks do fantastic damage while dealing an additional X damage over 3 seconds. Each basic attack has a 35% chance to inflict a single stack of fatigue.

Active: Jack twists his face into a horrible sight, scaring enemies for 6 seconds and silencing enemies for 4 seconds. If each enemy is already scared, this skill deals X% of each enemies reality as damage.

Jack throws a present at the farthest enemy and a maniacal toy duck emerges, scaring nearby enemies for 7 seconds. The duck then travels toward jack and damages all enemies it hits for X damage each.

If an enemy is scared when this skill is activated, the duck steals 1 positive effect from each scared enemy it passes through and replaces the positive effect with a stack of fatigue.

Jack engulfs himself in flames for 10 seconds, causing his basic attacks to splash, damaging multiple enemies and inflicting 1 stack of fatigue to each enemy for each attack.

Jack and his allies heal X HP whenever they damage a scared enemy, they also heal X extra HP per each stack of fatigue on the damaged scared enemy.

If jack or any of his allies scare an enemy who is already scared, the enemy takes X damage.

Jack now targets enemies with the most stacks of fatigue with his basic attack.

The damage overtime from “master of fright” lasts 1 second longer.

I really like this! I use him so much for my scare team.