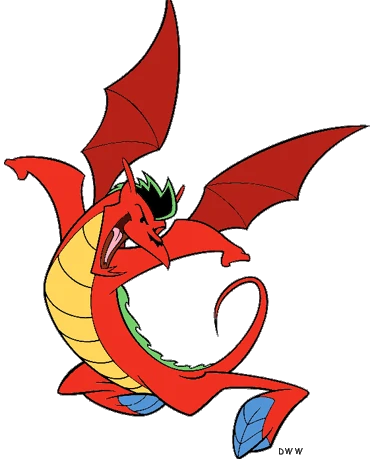 Entrance: Jake flights towards his position, then loops beneath his final position and lands on the ground.
Victory: Jake flies away from the battlefield.
Defeat: Jake gets annoyed and crosses his arms.

Jake Long flies across the battlefield and deals X damage to enemies while passing them, enemies also have their Armor and Reality decreased by 50% for 12 seconds and Normal Crit decreased by 40% for 9 seconds.

Jake Long breathes out fire towards enemies, dealing X damage, applying 5 stacks of Fatigue, removing 500 energy and removing 15% of their Reality for the remainder of the wave.

Purple Skill: Magical Protector
Jake Long and his all allies have a 30% chance to dodge attacks and disables for 7 seconds after ‘‘Dragon Flight’’. Allies with their own dodge chance increase their dodge chance by 30%.

Jake Long and his allies also reduce their damage taken by 10%, up to 50%, whenever Jake uses ‘‘Dragon Flight’’ for the remainder of the wave.

Damage reduction is less effective on allies above level X.

Allies below 500 energy are always Energized, gaining 40 energy with each attack.

The sap has a chance to fail against enemies above level X.