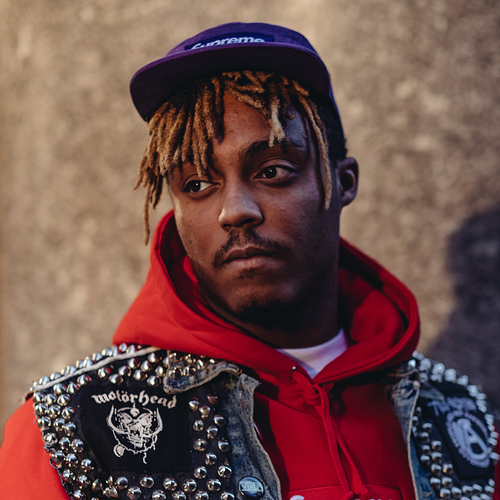 Blue Skill-Come and Go- The first time Juice WRLD is KO’D, he takes a pain pill, and heals himself for X , and making him invincible for 7 seconds

Purple-additional Wishes- Juice WRLD now throws 3 coins into the well during “Wishing Well” instead of 1. Each coin now applies each affect

Currently this skill deals 0 damage. So either make it deal damage or remove the Fantastic Damage

Is there a maximum number of stacks of Lucid he can have?

Purple-additional Wishes- Juice WRLD now throws 3 coins into the well during “Wishing Well” instead of 1. Each coin now applies each affect

This skill needs a variable

Other than that this is a pretty solid concept, good job

I was told not to put variabkes for numbers lol, but the others I will do

The purple skill needs a variable (X), so maybe give it a chance to have the additional effects be less effective against enemies above level X.

Oh, that’s what u meant, I’ll do that

Other than that this is a pretty solid concept, good job

What about the friendship campaigns, anything I should edit?

I didn’t worry about the story, so other than that

They seem a bit over powered maybe change them to:

Disk/Buff- Disk-( ) Buff- Juice WRLD now increases his basic crit by 30% per stack of Lucid on him.

Juice WRLD’s Normal Crit chance is increased by 6% per stack of Lucid on him plus 6% per star.

Ok, can I have disk names?

No clue who this guy is, so I can’t help with disk names

That’s fair, he is a rapper, who died last year due to pain pill overdose. He makes good music though