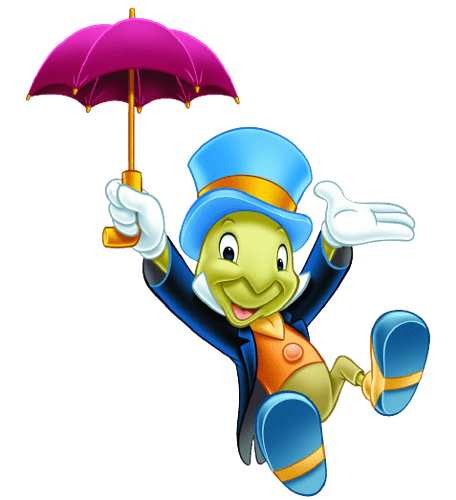 Always let your conscience be your guide and trust Jiminy Cricket when he helps his allies and does what’s right.

Defeat: Looks mad and shakes his umbrella at enemies

White Skill: Wish Upon A Star

Passive: Instead of having a Basic Attack, Jiminy blows into his umbrella like a flute. This heals a random ally for X HP.

Active: A bright star appears and applies one of these effects to the front-most ally depending on their health:

Green Skill: Give A Little Whistle

At the start of each wave, Jiminy Cricket floats down from his umbrella while whistling. This gives all allies a random stat boost and heals them for X HP over 7 seconds.

The heal is less effective against allies above level X.

Jiminy throws his umbrella like a javelin at a random enemy, dealing X Damage an stealing a random buff from that enemy and giving it to Jiminy Cricket.

The buff steal can fail against enemies above level X.

Jiminy Cricket is immune to disables. If an ally would be charmed, they resist it and instead heal for X HP.

This can fail against allies above level X.

Whenever an ally is healed from any source, they gain either X Armor, X Skill Power, or X Reality for the rest of the wave. Whenever an enemy is disabled, the ally who disabled them gains X Skill Power.

Thanks lol, I don’t know why that one area stayed when I removed the background

I recommend using this site if you wanna remove https://www.remove.bg/

Do honest John and Gideon next

I’ve been requesting this character in the game since I first joined in 2018.

Not sure about the friendships though

Glad you liked it, what friendships would you have liked?