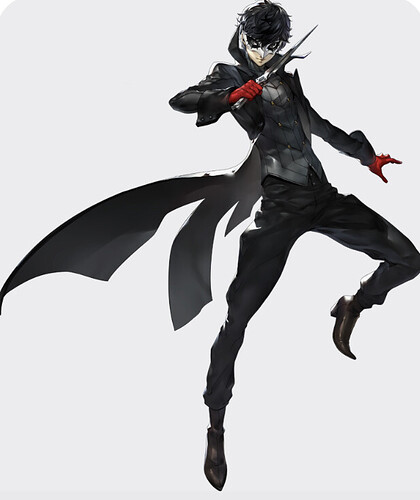 Description: With Arsene (Jokers Persona) and his team, Joker is practically unstoppable.

“Give a man his mask and he will become his true self!”

Entrance: Joker will walk in without his mask on but instead with it in his hands. Joker will then put on the mask and grab his dagger.

Basic Attack: Joker will slash an opponent with his dagger dealing 1070 normal damage.

Victory: Morgana will pop up by Joker and will say one of three things. “Looking Cool, Joker!”, “They went easy on you!”, or “Losers!”.

Green Skill: Arsene: When Joker reaches low health, Arsene will pop up and Jokers mask will fall off. Joker will gain half his health back and his attacks will do 2x more damage.)

Judy tries to take Joker to court, but Joker slips away every time she tries.

Joker and Darkwing both team up to raid an enemy base.