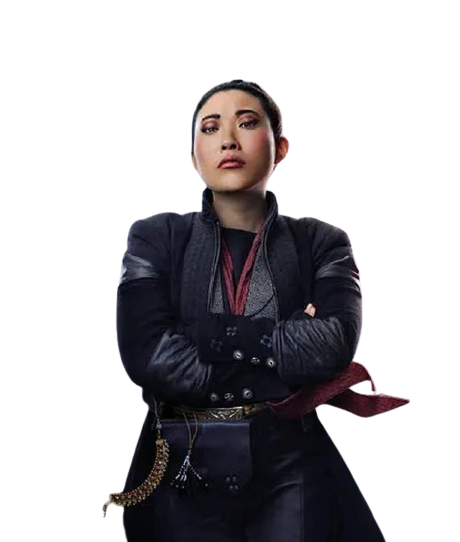 The crafty thief of Jumanji uses her many thievery styles to steal her enemies’ prized possessions.

Entrance: Gets powered by a wire into her position

Victory: Pulls out a golden chain and smiles at it 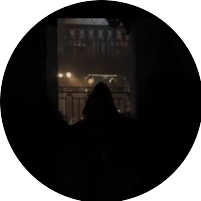 The screen goes dark for a second and then comes back on. This removes up to 3 buffs from all enemies and divides them between Ming and her allies. Enemies that did not have any buffs instead take X Damage. 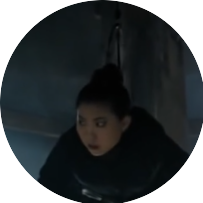 At the start of each wave, Ming instead gets lowered down to the enemy team above an enemy with a shield, Ming takes the shield and gives it to herself. If there is no shielded enemy, a random enemy is dealt X Damage. 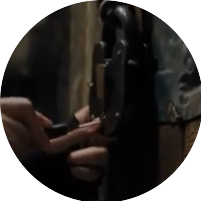 Ming looks though her set of lock-picks, studying the furthest enemy for 7 seconds and granting her X Skill Power.

The study can fail against enemies above level X. 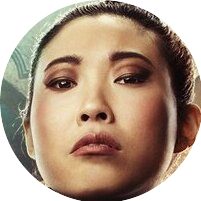 When Ming receives a shield, her attack and movement speed is increased by 40% for the duration of the shield.

This is less effective when Ming is above level X. 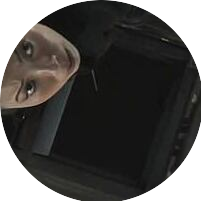 Whenever an ally or an enemy with a buff is KO’d, Ming revives the same buff for the same duration and heals for X HP. Ming Fleetfoot receives X less damage per second from Damage over time skills.

Ming Fleetfoot and Kim Possible
Campaign: Mission: Break Out
Disk: Out-Crafted- Whenever an enemy receives damage from Pick-Pocket or Cat Burglar, they are stunned for 1 second plus 2 seconds per star.
+X Evasion
Description: Ming and Kim try to break free from a villain’s hideout.
Allies: Shank, Darkwing Duck, Kevin Flynn