So here we go… with first place we have…

@Kayl0 with Her Oogie Boogie Concept! The judges really Liked The Ability Of the White Skill 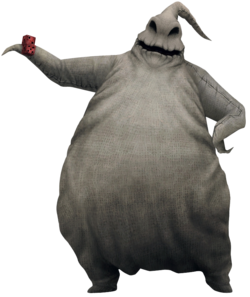 Bio: Oogie boogie uses his dice to control his enemies.

Quote: “Are you a gambling man, Santa?”

Basic: Oogie throws a bug at a enemy dealing damage.
Entrance: Oogie comes up from the ground on a spinning tile.
K.O: Oogie gets torn and falls down. Once this happens his bugs go running.
Victory: Oogie rolls his dice and and dances.

Oogie rolls his dice with a chance role. He will role a die with 6 sides. Every side does something different Oogie can only use one side per wave.

Green: “Snake eyes?”
Oogie will roll a die that has a snake in it. The snake will come out and go around the area stunning enemies.

Blue: “bugged”
Oogie will put a effect on a enemy “bugged” .

(“Bugged” will decrease the chance on hitting a enemy. And gives a chance to hit a ally.)

(This this has a chance to fail against enemies level higher then the skill.)

Purple: “my bugs”
Oogies chance on “bugged” has led of a chance to fail.

Red: “Boogie man”
Oogie is immune to all disables.

With second Place We Have!!

@CMG4SpookMaster With His Syndrome Concept! 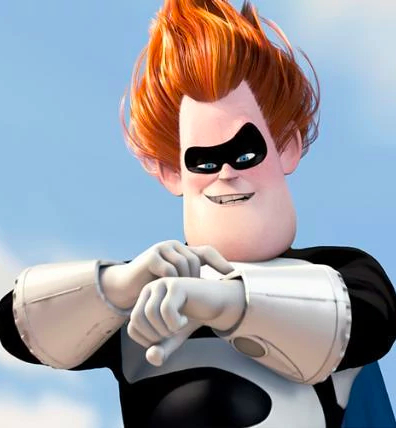 Victory:Floats upward laughing maniacally
Defeat:His rocket boots malfunction and he is whisked away off the screen
Entrance:blasts in and floats down to the ground with a chuckle

Basic Attack:Blasts his opponent with a zero point energy blast
White Skill:No Powers Needed
Syndrome blasts the entire enemy team and stuns them all in a bubble dealing gradual X damage and sapping X energy that will allow syndrome to grow energy quicker.

Green Skill:Bon Voyage (he appears in a scene with this guy and it is the scene where he changes so it fits)
Syndrome flies towards his target and blasts them in the face with his rocket boots dealing X damage. Afterward he flies back to position

Blue Skill:Hold on!
Syndrome dodges an attack and then blasts the enemy who attacked with a energy blast trapping them in a bubble for X seconds and stunning them. Syndrome can only dodge every 6 seconds.

Purple Skill:Everyone Can Be Super!
Syndrome gains skill power each time one of his allies is attacked for more than 5% of their health.

Syndrome and Malificent
Thorny Situations
Syndrome now has thorns inside of the bubbles he shoots towards his enemies which deal half of the damage the bubbles do.

Gonzo and Syndrome
Daredevils
Syndrome now does more damage with his rocket boots and they now burn for 5 seconds dealing X damage.

Thanks To All Who Participated And Our Judges

Congrats to the winners. I didn’t expect to win nor want 1st, as I am a rookie and don’t know how to create the Elimination Game.

Yes you did lol

You did not fail, everyone is a winner in my books