My likely submission for the Concept Contest 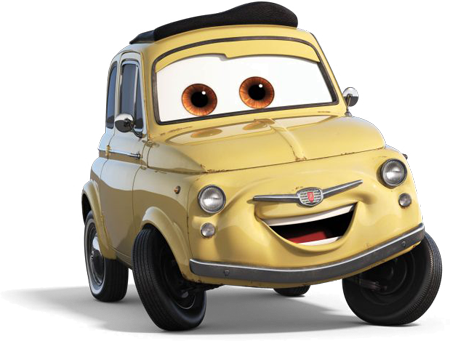 Luigi loves Ferraris and his tyre business. He won’t let anyone mess with his business as seen by his persistent and easily irritable nature.

“I have followed racing my entire life, my whole life!”

Victory: Drives in a circle and smiles

Defeat: Drives off in a panic as his tyres are scattered

Normal Damage
Passive: Instead of a standard basic attack Luigi adds a tyre to a tower in front of him increasing his armour and reality by X. Luigi can stack a maximum of 12 tyres, any additional tyre heals himself for X HP.

Active: Luigi moves his tyre tower to the middle of the enemy team and returns to his position resetting his tyre stack. The tower remains there until an enemy moves into it causing it to topple over all nearby enemies dealing X damage and reducing their armour and reality by 80% for 7 seconds.

Green Skill: Luigi’s Casa Della Tires
Luigi offers the nearest enemy a tyre change giving them a set of busted tyres. This slows their attack speed by 65% for 9 seconds and reduces their Max HP by X for 9 seconds.

Blue Skill: Starting the Race
At the start of each wave Luigi waves his checkered flag increasing his allies’ attack and movement speed by 35% for 12 seconds and reducing the cooldown of his allies’ Green Skills by 100%.
The cooldown reduction is less effective against allies above level X.

Red Skill: New Tyre Job
Enemies hit by the falling tyres from Toppling Tower are stunned for 13 seconds if they are above 60% of their Max HP.
This is less effective against enemies above level X.

Battle Badge
Is Charged in Battle When:

All friendship disks must be with characters currently in the game.

I am just asking,but is this how it is spelt in the film?

Slinky is Australian, that’s how they spell it there

I was gonna ask that,but I didn’t want it to sound rude,I did notice alot of different spellings