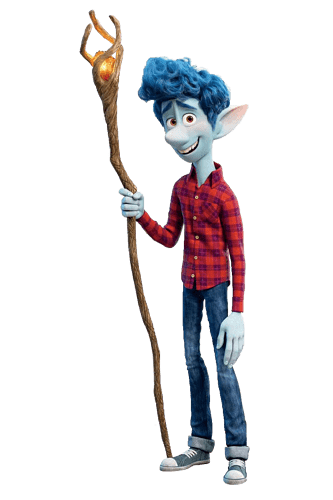 “Long ago, the world was full of wonder. It was adventurous, exciting, and best of all, there was magic.”

Ian is a back-line damage hero

Entrance: Ian walks into the battlefield with his staff in hand. When he gets into fighting position, he gets a splinter on his hand from the staff and shakes his hand around. Then, Ian gets back into his battle position.

Victory: Ian shoots up a spell into the sky, creating an exploding firework. Then, he stands proudly with his staff.

K.O.: Ian drops his staff and drops to his knees, looking down with a frown.

Fantastic Damage
Ian creates some arcane lightning with his staff, shooting it at the furthermost enemies, dealing X damage to them, stunning them for 6 seconds.

If an enemy with a shield is damaged by this skill, Ian may deal a bonus 20% damage equal to the Max HP of the shield.

Fantastic Damage
Ian casts a spell on the frontmost enemy, lifting them into the air. Then, Ian throws them backwards, dealing X damage to the main target and neighboring enemies.

This also stuns the main target for 5 seconds.

Blue Skill: Accelior
At the beginning of every battle, Ian applies “Boldness” to the ally with the most damage potential, increasing their damage by 15%.

“Boldness” may be passed down to other allies if the ally initially with “Boldness” is defeated.

Ian casts a spell onto the ally with “Boldness”, granting them 80% attack speed for 9 seconds.

“Boldness” may fail to apply onto allies above level Z.

Purple Skill: Magic in Every Fiber
Ian gains a bonus Z Skill Power for every 10% of his Max HP missing

Red Skill: Heart’s Fire
The damage from Ian’s attacks are 10% stronger if Ian has been hit by critical damage in the last 5 seconds

Uh, didn’t the father said that, not the son?

This was accidentally posted!!!

I was gonna put a disclaimer about that. Ian actually did say that. In the last 10 minutes of the movie. Right after the fight scene.

Who do you want to see me make a concept of?

If you will say “Yen Sid” (I am look at a certain someone), don’t. I haven’t watched Fantasia yet. But I may watch it when I have the chance.

Yeah. The Yen Sid is my fault

I meant someone else

An excellent concept, @The_Death_Note! It’ll be interesting to see what you come up with for Barley.

If an enemy with a shield is damaged by this skill, Ian may deal a bonus 20% percent damage equal to the Max HP of the shield.

Also, I fixed it

Thank you! That is actually very flattering

This is really good!