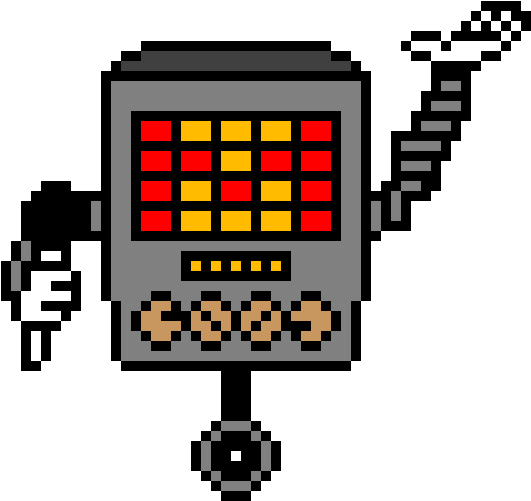 “And what’s a good show… without a plot twist?”

Mettaton is a front-line tank hero

Victory: Mettaton raises his hands up and cackles

K.O.: Mettaton gets all static and then falls back

Basic Attack (NEO): Mettaton makes a blade come out of his, literate, hand cannon and then swings it at an enemy, dealing Y damage

When Mettaton loses all stacks of “Cognition” he puts his hands on his forehead and trembles, then transforming into his EX form

While in his normal form, Mettaton may only perform basic attacks 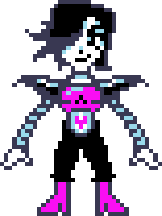 Mettaton may only revive is he was K.O.’ed by a basic attack

When Mettaton NEO uses “Boost the Ratings!”, he instead stuns the enemy instead of charming them 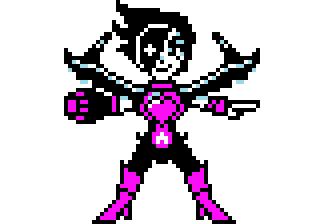 Blue Skill: Life of the Party

Fantastic Damage
Mettaton has some bolts come out of his torso’s heart, dealing X damage to all enemies

While in his NEO form, Mettaton insteads grabs his right wrist and sticks his tongue out, shooting the enemy with the most HP with a bullet, dealing X damage to the main target, stunning them for 5 seconds. This also deals X damage to surrounding enemies

This attack may not miss or be dodged

Fantastic Damage
When Mettaton NEO is defeated, he explodes, dealing X damage to all enemies, blinding them for 6 seconds

Red Skill: In the Spotlight

Cool I can’t wait! I think they would for well as a tank they could run the bathtub into enemys, or they could laugh Healing themselves

No. They are control role heroes

either way, it’s still gonna be a good concept