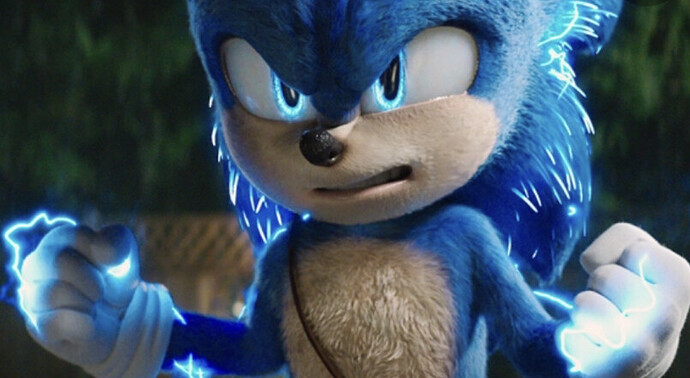 Description: Still being a kid, Movie Sonic manages to prove a lot with his speed and strength.

“Face It, You’re never going to get my power!”

Entrance: Sonic will spin dash into the battlefield before jumping up and smirking.

Basic Attack: Sonic will use his homing attack which will do 2782 normal damage at level 1.

Victory: Sonic will do the classic finger shake pose.

Defeat: Sonic will curl up into a ball.

White Skill: Spin Dash (Sonic will curl up into a ball and spin towards the 2 closest opponents doing 3590 fantastic damage.)

This has a chance to fail against enemies above level 61.)

Sonic and Dash decide to race and see who can make it across the city first.

Tails for a Day.

Movie Sonic asks Hopper to pretend to be Tails for a Day.

Allies: The Beast, Gizmoduck, and Pooh