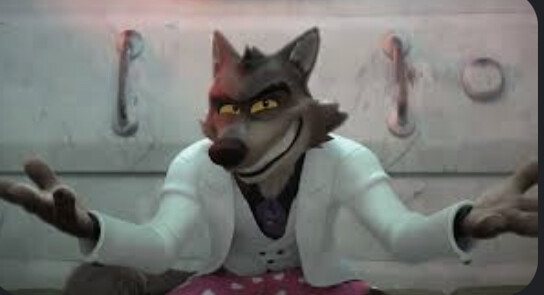 Description: This big bad wolf turned good, but won’t be afraid to be bad towards you.

(Moveset based off the 2022 animated film “The Bad Guys”)

“We were never given a chance to be anything more than criminals. But these are the cards we’ve been dealt, so we might as well play them.”

Entrance: Mr. Wolf will crash into the battlefield with his stunning black car. He will slam the car door (The car will disappear) Mr. Wolf will throw of his shades and get ready to rumble.)

Basic Attack: Mr. Wolf will “steal” the closest opponents attack every 5 seconds and will use it against them. The attack will do the same damage and it can even be used on Skills (Special Attacks) (If another Mr. Wolf is on the other team. If they both use the same attack at the same time. The one who used the attack will be stunned for 9 seconds, the other 10.)

Victory: Mr. Wolf will grab a wallet out of his pocket in glamour. (Similar to Scrooge McDuck’s Victory pose.)

Defeat: Mr. Wolf will be arrested by the Chief of Police.

(Mr. Wolf will launch a grappling hook at the sky. It will come back down and hit the middle-eat opponent stunning them for 5 seconds and dealing 2005 fantastic damage.)

Active: There will be a 33.3% of one of these happening

Blue Skill: King on the Wheel (Mr. Wolf’s car will appear and he will drive into the 4 closest opponents dealing 6000 basic damage each.)

Mr. Wolf and Flynn try to work on being better at being good.