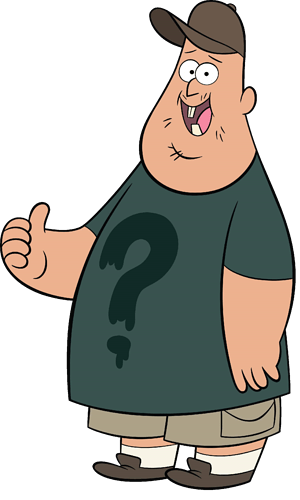 “My wisdom is both a blessing and a curse”

Soos is a front-line tank hero

Entrance: Soos walks into the battlefield and pulls his hat down a bit

Victory: Soos raises his fist into the air and pulls it down quickly for a bit

K.O.: Soos takes off his cap and puts it on his chest and looks down, frowning

White Skill: Big Barrier
Soos spreads his arms out, granting allies a shield that can deal up to X damage for 15 seconds

When allies are shielded by Soos, they gain X skill power and 10 tenacity

Fantastic Damage
Soos throws his wrench at an enemy, dealing X damage, decreasing their attack speed by 60% for 4 seconds.

Purple Skill: Protect with Life
Soos gains X HP whenever an ally is given a buff

Red Skill: Handyman of the World
Soos grants all allies X armor whenever they are granted a shield

This effect is reduced against allies above level X

You could had just edited the last one…

I did not want to revive it

Grunkle stan?, mabel?. You must create another concept for he.

I think they are fine as they are. I thought Soos really needed one. He was, as @Soulkeeper_David has said, a glorified Felix concept, and he wasn’t wrong. I remade Scrooge because the one I made first was when I first started making concepts, and it wasn’t as good as I had hoped

I have a couple remarks about this concept.

I have an idea as a different skill, though undoubtedly you could find a different one too.

Idk the skill name, but Soos could eat a bite of his infinite pizza gaining more energy and maybe healing or blinding the enemies with it, if you want. which at least was done in the real world. I suppose if you wanna keep the skill like that you could.

Well, yah, I just thought you might be able to come up with something more clever.

breathes in deeply it feels so good to knoe all about Gravity Falls!

Well it’s a good show. If you wanna know more, the creator wrote some companion books as well! 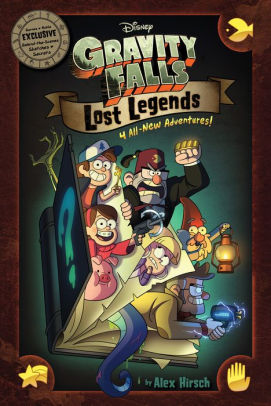 No, I won’t be reading it ao it does not matter. Buying Merchandise isn’t really something I do, oh have you all read the Journal 3 I think it was? It reveals dipper 's real name and explains some other stuff.

I read a bit of it. Also YouTube can read these comics for you. Just search it up