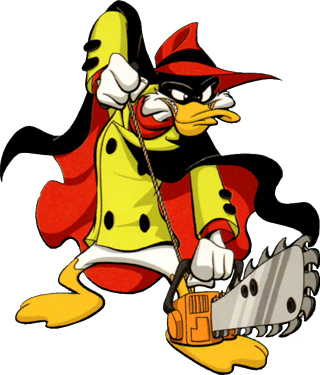 , Damage, Frontline,
Team Trials: Red.
Quote: “You want grim and gritty, huh? Well, happy to play the part.”
Bio: The Darkwing Duck from the Negaverse has jumped into action, ready with his chainsaw and bravery.
Entrance: Negaduck walks in.
Victory:

Negaduck grabs out his chainsaw and runs at an enemy with it, dealing X damage and stunning that enemy for 6 seconds.

Negaduck jumps into the cake portal and appears behind the enemies, and whacks them, dealing X damage and silencing them.

Friendship 1: Negaduck and Darkwing Duck.
Campaign Story: Let’s Get Dangerous. “Negaduck is assigned to partner up with D.W. for a top secret mission.”
Disk: Danger That Flaps In The Night.
Basic Attack deals 55% more damage.

Friendship 2: Negaduck and Megavolt.
Campaign Story: Mission: Destruction. “Negaduck is assigned with Megavolt to cause destruction and havoc.”
Disk: Mega Voltage.
White Skill has more of a chance to deal critical damage. 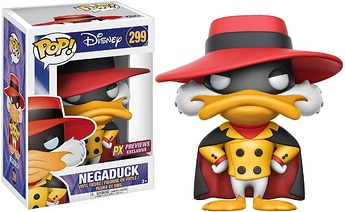 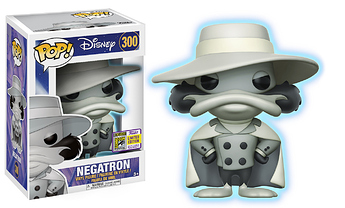 If you enjoyed this, that’s good.

Shouldn’t it be red?

his outfit was yellow, so i chose yellow

The Classic Or New?

I think it’s a combination of both

Darkwing is from the red team, so Negaduck should also be red