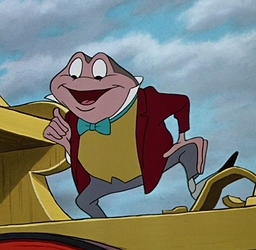 J. Thaddeus Toad bring his manias to the battlefield.

Victory: Pulls out a monoicle and does a regal pose

Green Skill: Wild Ride: Mr. Toad rides into the battlefield in his motorcar plowing into enemies

Purple Skill: Nowhere in Particular: Paper Cut removes buffs from enemies and gives them to an ally. 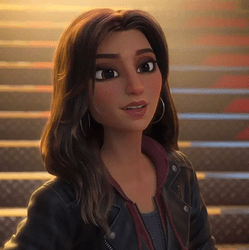 Campaign: Motor Mania: Mr. Toad would like to have Shank’s car, but she instead help him find a sports car of his very own

Disk: Life is a Highway: Mania gives energy to allies 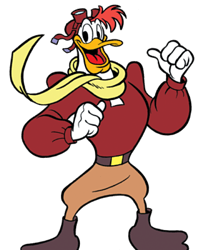 Campaign: Crash Course: Due to reckless driving, Mr. Toad was sent to a driving course. Unfortunately, his teacher is Launchpad

Omg, toad is my favorite and this was made on my birthday.

Toad should be added to the game, this is a likely concept