You can quickly see your patch levels (and enemy’s patch levels) next to the normal levels. 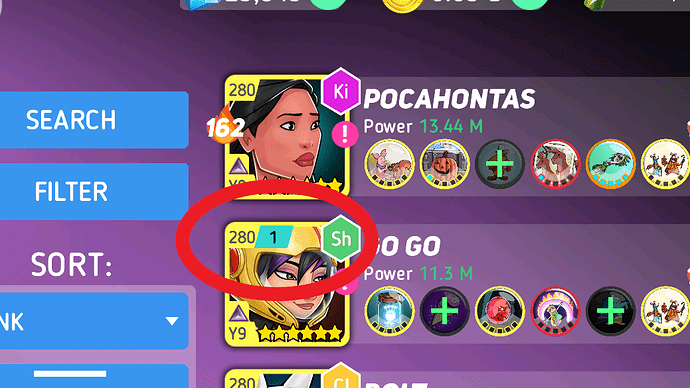 If you want the details, you need to open the new tab called Patch. You will see the level and the powers there. Currently its not possible to see the powers that you aren’t ready to unlock. At the moment you can only see the 1st power for the heroes that are from this month’s franchises. 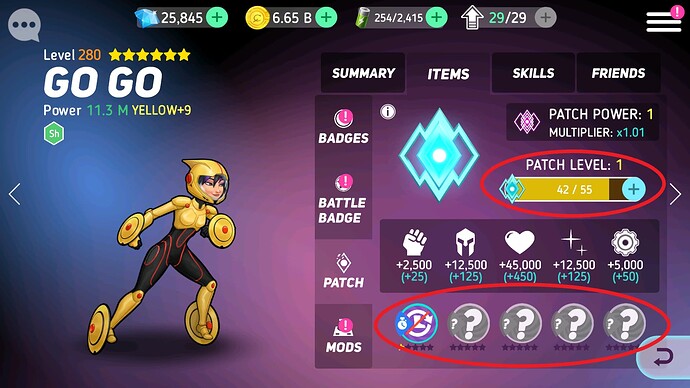 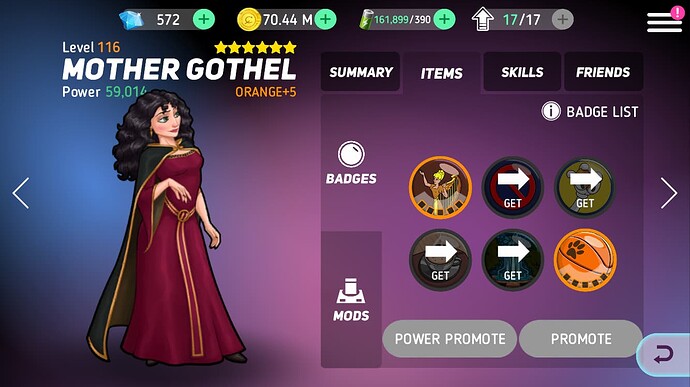 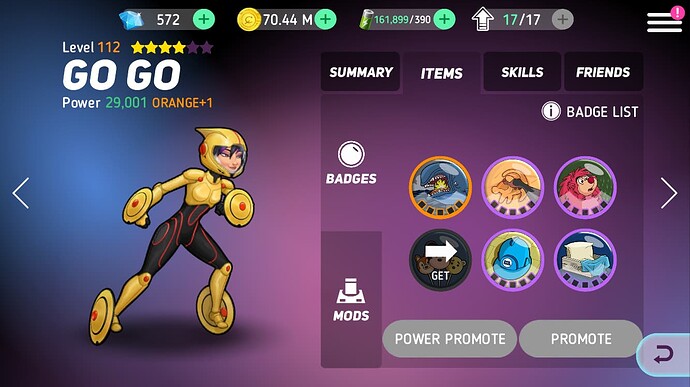 It unlocks at Red+10

That fact is indeed something that is missing from the tutorial

Same here, learned it when I tried to patch my Wasabi

My guess is that Unity is daily and the other three go on a 3-day rotation.

It unlocks at Red+10

UGH!! I am only at Orange 6 so it’s going to take a LONG time! How do u email the Disney heroes company?

It feels like new features such as patch, skills, avalibel disks, and VIP benefits either cost money or force you to be a high lvl to be able to get them 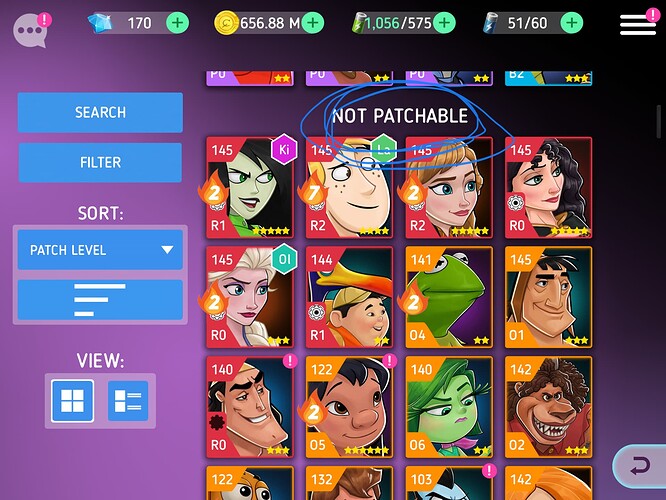 Yes I understand. I was just showing how she doesn’t have it in the tab

Does anyone know which rarity is needed to upgrade to Patch Lvl 2?

Does anyone know which rarity is needed to upgrade to Patch Lvl 2?

That was I think a very poorly communicated part of Patches @Nugget that to get a hero to level 2 patch you firstly need to up your patch power to 2 - aka patching 15 heroes.

OMG, ok, thx. I didn’t get that. 15!!! All these heroes that aren’t meta compatible and even with refreshes aren’t worth investing in. 11 out of 15 are and will stay at P4/Or0. Those new hero improvements are only for whales. How am I not surprised?

@Nugget The tutorial is bad then. This game mechanic isn’t described at all. Please improve/change. Thx

Those new hero improvements are only for whales. How am I not surprised?

Because every new feature is IAP. Obviously, the feature must get some ROI (return on investment).

Eh, even the “event exclusive” hero will be “IAP exclusive”… not even masked anymore

But yeah - we are back at it again… a player looking at forums or unofficial Discords would ask before buying a deal - and usually those are the “hooked” ones.

The others which are on like once a day for free stamina or to raid trial event are the ones more likely to buy a stupidly bad deal which the game has a ton of… YAY.