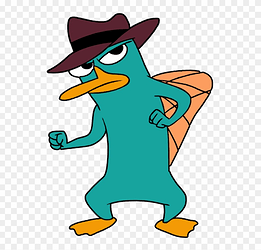 Description: Agent P also known as Perry the Platypus kicks his enemies and helps his allies.

Fantastic Damage
At the beginning of each wave, Agent P will fly with his jet-pack across the screen, dealing X damage and stunning enemies for 5 seconds.

Normal Damage
From every 3 basic attacks that Agent P does, he will spin around and slap nearby enemies with his tail, dealing X damage and knocking them back.

Purple Skill: Secret Identity
When Agent P reaches 0% Max HP, he becomes a normal platypus. Enemies will prefer not to target Agent P. After 8 seconds, Agent P becomes an agent and heals himself.

Fantastic Damage
When Agent P deals damage in “Platypus Kick”, he will deal additional X damage overtime for 8 seconds. Agent P will gain 3 stacks of “Hardy” for every 3 basic attacks including his allies. If an enemy activates it’s blue skill, that enemy will gain a debuff.

I hope you enjoyed!