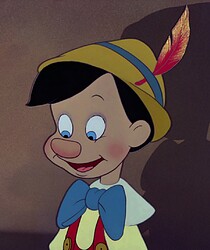 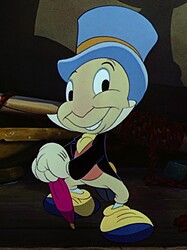 “I rather be smart than an actor.”

More than anything, this wooden puppet wants to be a real boy with the help of his conscience. But in the meantime, he will be happy to lend a hand (or a nose) to help his allies. No strings attached.

Entrance: Pinocchio skips onto stage while Jiminy floats onto his shoulder

Defeat: Pinocchio trips and falls on his face, he looks up embarrassingly.

): Pinocchio and Jiminy nearly misses Monstro’s sneeze, which sent a gust of wind onto enemies, dealing X damage knocking back the front most enemies.

Green Skill: Give a Little Whistle: Jiminy whistles to the ally with lowest armor which gives them an increase in both attack power and attack speed for 5 seconds

Blue Skill: Wish Upon a Star: Once per wave, when anyone on the team is at 25% health, the Blue Fairy appears to grant them X HP and cleanses them of the debuffs that have the longest duration.

Purple Skill: Little Wooden Head: Give a Little Whistle grants Pinocchio a stack of hardy with each ally effected by this skill.

Red Skill: Brave, Truthful, and Unselfish: Wish Upon a Star now give allies the opposite of the debuff cleansed from them. 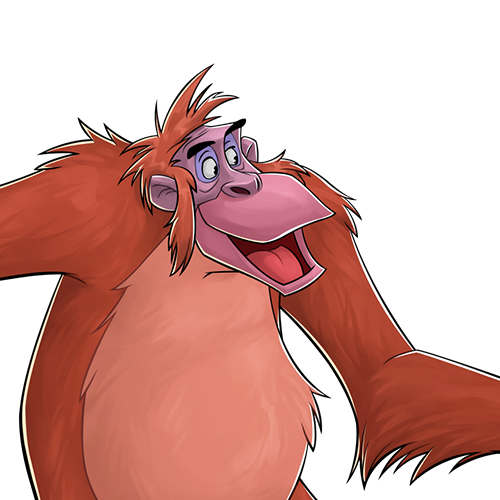 Campaign: Monkeying Around: More than anything, Pinocchio wants to become a real boy. When word got to King Louie, he takes the oppturnity to gain some ground on learning to become man. He captures Pinocchio and convinces the puppet that they share a common goal. In order to achieve it, they must find the secret to Man’s Red Flower (fire). Jiminy, not really sure of the crazy ape king’s endgame, tags along to make sure there isn’t any monkey business on Louie’s part. 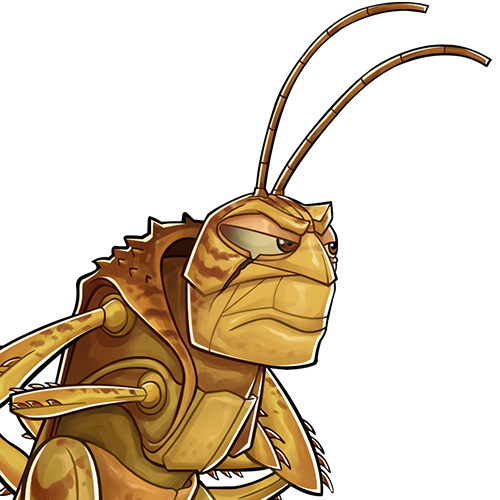 Campaign: Conscience Conumdrum: Hopper had to regain control over the ants after the revolt and his defeat at the hands of Flik. But he knew that his gang wasn’t going to be enough this time. If he is ever going to regain power he needs someone big to help him. He runs into Pinocchio who mistake him for another conscience. Knowing what a naive pushover the puppet is without Jiminy, Hopper takes advantage of the misunderstanding and takes Pinocchio under his wing. Hopper tells Pinocchio that if he is ever going to be a real boy in this bug eat bug world, one must be assertive and he can show him how. Without a second thought, Pinocchio goes with the grasshopper unaware of his intentions for him. Jiminy, overhearing Hopper’s plan for using Pinocchio against the ants, goes after him to talk his friend out of this sinister plot.

Star Power: Wish Upon a Star grants them a shield that protects the one effected from X damage

This seems quite solid. Although I would not have Monstro as white skill. Rather switch with green and have the white being Pinocchio’s nose swiping and knocking back all the enemies.

Additionally, I would name the skill with Monstro “The Whale of a Tale” to prevent a naming duplicity of avatar with a badge.

In the end, I would get a better description for King Louie’s disk. The one you use is pretty much a copycat of KL-Pan friendship.