is being too much outplay in every battle. They should adjust his ability.
In specification, he should not duplicate some heroes exclusive skills such as: reflection, invincible

, invisible.
The duration of his white skill is 10s, which is too long, considering the whole team are invincible
Kermit’s evation is too high, making almost no one can stop him from initiate “tuned out”, which trigger bonus 500 energy

and help him to activate his white skill faster.
Invincible duplicated from Kermit last too long plus Kermit’s energy regeneration rate is too high. Invincible can’t be frozen

. Can not affect or cause harm heros in anyway, that’s like literally definition of cheating​:angry:

.
With these such powerful ability, it’s supposed that it should be hard to activate his white skill
So, in order to make things reasonable, there are a few ways the developing team can consider
1, instead of 10s, the heroes exclusive skills as mentioned should last maximum 3s, the skill power, basic damage, crit…buff can last 10s
2, if heros exclusive skills can be duplicated, it can be stolen or neglected by fatigue.
3, invincible

is super buff, it’s prevent all source of damage and it should be just it. Invincible duplicated from Kermit should not also immute to disable

Kermit’s evation is too high

it can be stolen or neglected by fatigue.

Cheating is no fun

Neither are the nerfs

I’m in challenger rank and pp are abusing Kermit, it’s not that fair to other hundred of heroes

Unless paired with Animal (Go), Kermit can be countered with slows. The HL/Pooh combo works wonders against him as he’s left standing there doing nothing making him pretty easy to then pick off.

Although need to agree, that in some specific comps Kermit can be so OP!

I’m in Challengers too, and Kermit isn’t usually an issue. You know what I use? 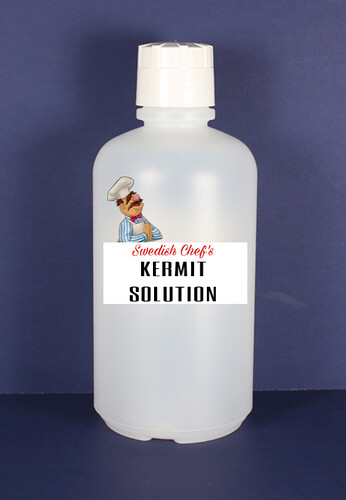 Kermit is the best support hero, broken can be said… but he has counters.
Chef and Carl are best counters.

Kermit is extremely annoying, I know, but taking away his ability to copy invincibility will totally ruin him. Counters exist, just as everyone mentioned before, and I can add that characters who can deal massive damage at the very start also counter him, especially if Kermit doesn’t have Ian as an ally.

So, in short, make Kermit useless.

The Queen of Hearts is good too. Because of her Blue skill, she can insta-kill people EVEN IF THEY ARE INVINCIBLE

At the end, this won’t work well.