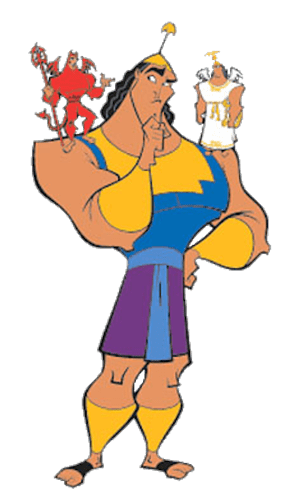 “Oh, yeah, it’s all coming together”

Entrance:he walks in while bucky scampers up to his shoulder

Victory:he and bucky smile at each other

Defeat:he gets a confused look on his face as he scratches his head

Kronk pulls out a tray of spinach puffs and smells them which heals him for x amount and increases his attack speed by 200% for 10 seconds.

Bucky chatters at the most wanted enemy which silences that enemy for 7 seconds.

Bucky blows up a animal balloon and then pops it which silences all enemies for 5 seconds and slows the enemies attack speed for 6 seconds.

Kronk now takes 30% less damage from enemies that have been silenced.

“Squirrel talk” and “pop!!!” Now decreases enemies armor when they are already silenced

Yes he is yes he is

Why did you say it for the second time?

The sentence was too short for the first time

I thought the quote was going to be “Riiiiiiigggggggghhhhhhhhhtttttttt.”