“I live for furs. I worships furs.”

Cruella is a mid-line damage hero

Entrance: Drives into the battlefield with her car (until she is P0+)

Victory: Cruella snuggles her face into her coat 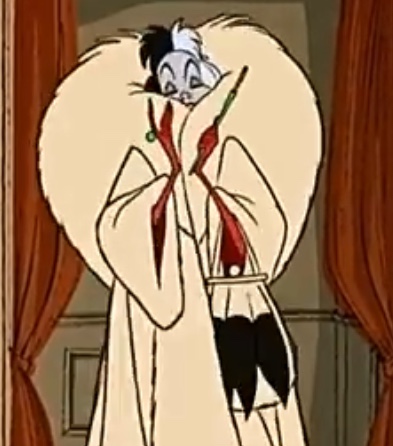 K.O.: Cruella puts her hands to her hips and pouts

Normal Damage
Passive: Instead of having a basic attack, Cruella “hypnotizes” enemies for 2 seconds. When “hypnotized”, enemies take 50% more damage

Active: Cruella creates a puff of smoke which passes all enemies, dealing Y damage per second for 5 seconds. Damage will increase by Y for however many times they were hypnotized

Blue Skill: Glory Dame
Cruella checks her purse and puts on red lipstick with her small, round, and black pocket mirror in her other hand, increasing all allies’ movement speed and attack speed by 45% and basic damage by X

Normal Damage
At the beginning of a wave, Cruella drives her car, crashing all enemies, dealing Y damage, stunning them for 6 seconds

Red Skill: Coat of Fur
Cruella reduces any damage done to her by 7%

Can ya keep all your cool characters in one topic?

@The_Death_Note, how about you do a concept for Swampy from Where’s my water? Please? 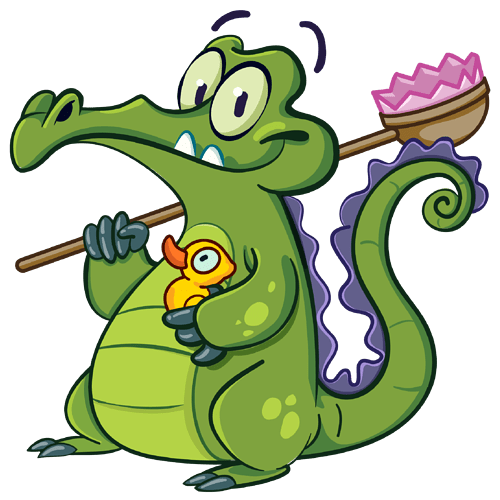 I did. It’s the link at the bottom of the topic

Sorry no. He’s only got a game and that’s it. FYI I don’t think he’s got any fighting abilities…