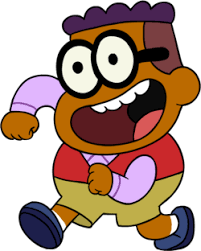 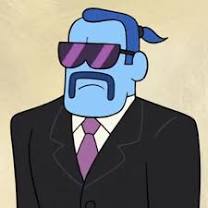 Description: Remy isn’t much of a fighter but that’s what Vasquez is here for, to fight and protect
Quote: Remy: “I want to make decisions like a big boy.” Vazquez: “You called Master Remy.”
Stars: 2
Trial Team: Yellow
Entrance: Vazquez will jump out of a helicopter and carry Remy to his place and then he will jump back to his place
Victory: Remy will do a dorky dance while Vazquez poses with his rocket launcher
Death: Remy will panic while Vasquez will stare down and in shame
Role: backline Tank

White skill: Tiger Fang: True Damage
Passive: Remy does not have a basic attack he instead heals himself for X hp. Vasquez will instead punch the enemy in the frontline dealing X damage. They each have their own health both with X health. If Remy dies Vasquez will die. Vazquez can die on his own but can come back after 15 seconds.
Skill: Vasquez will pull out his rocket launcher and shoot the furthest enemy dealing X damage and stunning them

Green skill: Cash to Burn: normal damage
Remy will pull out a bundle of cash that spontaneously catches on fire, he then throws this to the closest enemy dealing X damage. Remy will loose X health when he uses this move but will gain a shield with X health

Blue skill: Defensive Reflexes: Fantastic damage
Every 5 seconds Vasquez will block an attack dealt to Remy and then counter attack by jumping and then slamming onto the enemy that dealt the attack, dealing X damage

Purple skill: Remy Rescue
When Remy reaches 0% health Vasquez will give Remy a bandaid reviving both of them for X health. This skill will also revive Vasquez he happens to not be on the battle field

Remy and Vasquez and Cricket Green
Disk: He’s my friend
Remy will gain X health when “Tiger Fang” is used
Cricket and Remy decide to have a fun filled day just the two of them but when a hoard of creeps attack Vasquez must protect the boys
Allies: Jessie Colette Eeyore

Remy and Vasquez and Mr. Incredible
Disk: The City’s Bodyguard
Vasquez will get shield after “Cash to Burn” is used
Mr. Incredible likes Vasquez’s skill so he has him join the city scouting team, leading to Vasquez having to balance protecting Remy and fighting crime
Allies: DarkWing Duck Frozone Bolt