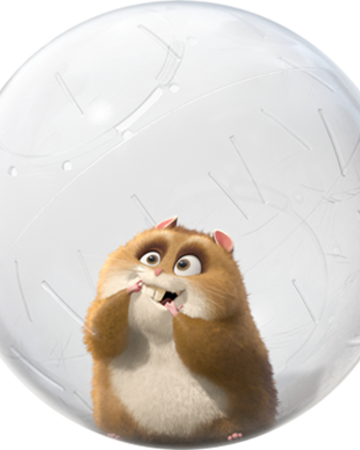 Rhino won’t let the confinements of his hamster ball stop him from being a daring rodent.

“If Bolt’s taught me anything, it’s that you never abandon a friend at a time of need!”

Entrance: Rolls into battle with an evil look on his face

Normal Damage
Passive: Rhino starts combat in his hamster ball. While inside it, he receives 70% less damage from all sources. When Rhino falls below 30% of his Max HP the ball breaks and he remains outside until he uses his active.

Active: Rhino rolls through the enemy team dealing X damage and knocking back all enemies. This gives Rhino a new hamster ball if it previously broke which lasts until Rhino falls below 30% of his Max HP again.

Green Skill: Evil Laugh
Rhino lets out an evil laugh which scares all enemies for 12 seconds and slows their attack speed by 15%.
The slow has a chance to fail against enemies above level X.

Fantastic Damage
(While in his ball): Rhino bounces at the furthest enemy dealing X damage and stunning them for 8 seconds. Rhino then bounces back between all nearby enemies dealing 20% less damage and stunning for 1 less second with each successive bounce.

(While out of his ball): Rhino scratches the closest enemy dealing X damage per second for 8 seconds.

Adventure of a Lifetime

Rhino and Linguini & Remy
Boosts allies while inside hamster ball

Personally, I think Bolt’s the best but Rhino is a very close second.

Mittens is my favorite, but I really like this concept