This concept was requested by @The-Pumpkin-King, enjoy!

“A single grain of rice can tip the scale. One man may be the difference between victory and defeat.”

The monarch of China protects his allies with his honorable guards

Entrance: Walks in and raises his hands

Basic Attack: A guard attacks with a sword 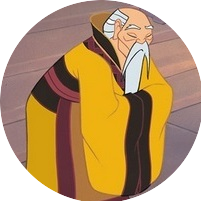 Passive: One guard fights alongside The Emperor at the start of combat. All guards fight at the front-line. The Emperor can have a maximum of 5 guards which he carries from wave to wave. Each guard has X HP.

Active: The Emperor raises his hands, healing himself and allies for X HP and gaining a guard.

At the start of each wave, a Chinese dragon float moves through the field, dealing X Damage to all enemies and removing all buffs from them.

When an ally or The Emperor is about to be KO’d, one of his guards jumps in front of that ally, instantly KO’ing itself. The ally then heals the HP that the guard had remaining.

This can fail on allies above level X. 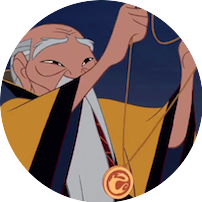 The Emperor is immune to disables. Each time he would be disabled, he gains one guard and X Armor and Y Reality.

The first time an ally would be KO’d, that ally is healed for X HP and gains 50% Attack Speed for the remainder of combat. Each time a guard deals damage, The Emperor gains X Armor and Y Reality.

The Emperor and Mulan
Campaign: Reason To Celebrate
Disk: Balancing Act - Whenever one of The Emperor’s stats is lowered, the enemy who lowered The Emperor’s stat also has the same stat lowered by X plus Y per star.
+X Skill Power
Description: The Emperor holds a festival in the city
Allies: Powerline, Duke Caboom, Rex

It should be this

Thanks for pointing that out

Thank you so much for this! It turned out great!