Ruler of the Wasteland (Oswald the Lucky Rabbit Character Concept) 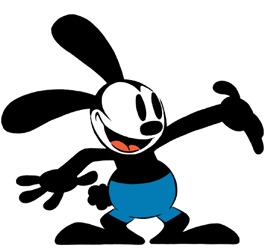 I would give feedback to you, but I will just suggest that you look at my concept guide and actually listen and apply what I have given you previously. I see a bit of improvement which is good.