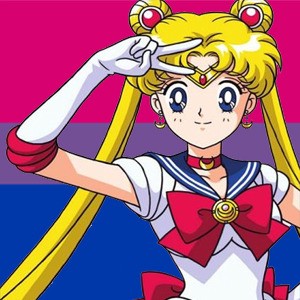 White skill: Make-up!
Sailor Moon produces her Moon wand and raises her dodge significantly and recovers % HP per second. Each time she dodges and attack, she gains % Armor.

Green skill: Moon Tiara
Fantastic Damage
Sailor Moon grab her moon tiara and flings it at enemies. It boomerangs between enemies for x seconds. If enemies hit by Moon Tiara are slowed, Sailor Moon receives x% of HP upon return.

Blue Skill: Sailor Moon Kick!
Sailor Moon kicks enemies back jumping into the air when in range. Enemies are then slowed for x seconds.

Purple skill: Luna! Not Now!
Luna appears in front of Sailor Moon and absorbs % of damage until defeated. Luna also filters 75% of debuffs from Sailor Moon while active.

I actually had crazy imaginations of the character roster growing more than beyond just Disney properties. Like adding Warner Bros. characters or Anime.

I always give myself a great kick of the non Disney concepts more! Cause it makes me wish they were real!

Love what we all can create!