The Headless Horseman is a front-line damage hero

Entrance: The Headless Horseman enters the battlefield riding on his horse. When he arrives at his position, his horse leans backwards, lifting its front hooves into the air, neighing

Victory: The Headless Horseman raises his sword in the air and cackles

White Skill: Ride for the Fright

Green Skill: Ride of the Horseman

Fantastic Damage
At the beginning of every wave, the Headless Horseman rides though the battlefield, dealing X damage to all enemies he passes through, scaring all enemies for 9 seconds.

Fantastic Damage
The Headless Horseman throws a burning pumpkin at the furthermost enemy, dealing X damage over time and stunning them for 9 seconds.

Purple Skill: Infamous Legend
The Headless Horseman now saps enemies for 9 seconds with “Ride for the Fright” and “Ride of the Horseman”.

Sap may fail against enemies above level Z.

I thought so too… I think I’ll revert it.

Agreed. Also between his Randall disk and his purple I’m afraid of nonstop back to back white skills. This is great aside from that.

Oh, another thing. I was planning to do a concept soon too. Do you mind if I… borrow your format? It looks much better than what I used to use

They’ll figure something out. 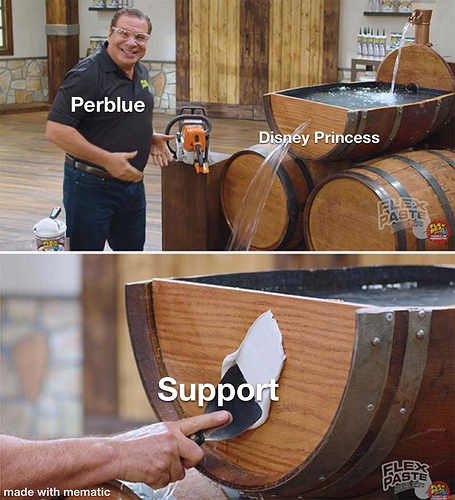 I cracked up lol

Lol. I was just watching a ytp about this

I do think damage, strong women.

Weird. I think I remember there being more support princesses. But also there’s meg (not technically a princess but the protagonist’s love interest in a Disney classic)

There is also Minnie Mouse, technically she was a princess in that three musketeers movie

But that is in an alternate reality. The real Minnie isn’t a princess

Well technically no she isn’t

She is an actress.