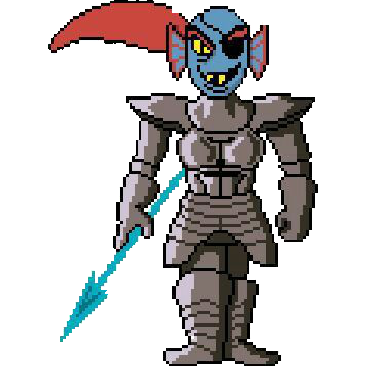 Undyne is a back-line damage hero

Entrance: Undyne falls into the battlefield and lands on her feet

K.O.: Undyne falls to her knees and then falls forward (until B0+)

“Undying” Victory: Undyne raises her hands up in the air and cackles

“Undying” K.O.: Undyne melts to the ground, along with her armor

Normal Damage
Undyne throws a golden spear at the frontmost enemy, as soon as it is about to hit that enemy, the spear heads straight forward to the farthermost enemy, dealing Y damage to both enemies

Blue Skill: Undying
When Undyne reaches 0 HP, she starts to deteriorate. Then, she implodes into her “Undying” form, reviving, healing herself for X HP

While she is in her “Undying” form, she gains 65% attack speed and gains X armor

This is how Undyne revives: 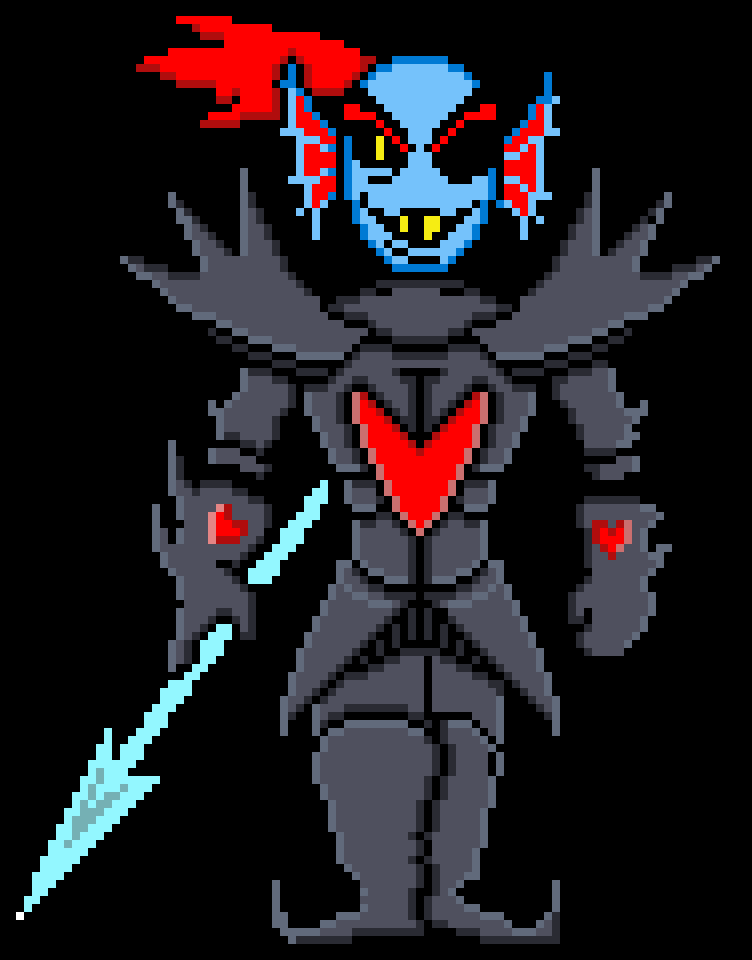 Purple Skill: No Escape
At the beginning of every wave, Undyne swings her spear, applying “Green Soul” to all enemies. When under the effect of “Green Soul”, enemies may not move from their beginning positions. “Green Soul” wears off when the enemy under its effect is below 65% of its Max HP

Green Soul may fail to apply on enemies above level Z

I like this concept. Maybe try other undertale concepts and see how they turn out cause this will likely go well

I have done Sans and Papyrus…

I’m meaning like Mettaton Asriel Toriel Asgore and sure Temmie

You should definitely do mettaton!!!

I plan on doing Mettaton soon

I really like how you guys are asking for requests

. I appreciate it a lot.

To the Undertale fans who have made requests:

If I ever do more Undertale characters (which I will), I would only be willing to do characters that you would be able to fight. I will do characters from paths Pacifist, Genocide, or possibly True Pacifist.

I have not made a skillset for them yet, but I plan on doing:

These won’t happen in the near future, but I’ll try to do one once a month

I am glad you liked my Undyne concept thiugh!