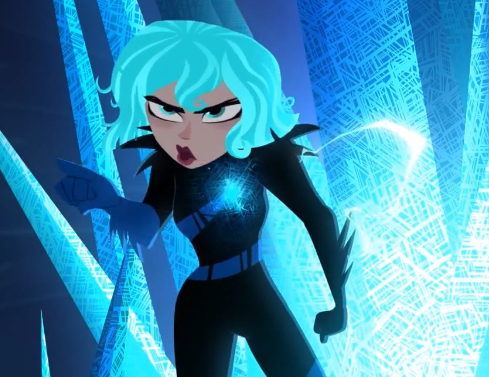 Description: With the moonstone merged with her body Cassandra uses her swordsmanship and black rocks to attack her enemies

Entrance: Runs in and draws her black rock sword

Defeat: The moonstone falls out of her and her clothes turn brown

Victory: Laughs at her opponents with her arms crossed

Blue skill- “I don’t hide from anything!”: Cassandra gets angry increasing her attack power

Purple skill- “There’s the eclipse”: when Cass is below 50% hp, her basic skill now heals her with moonlight

Welcome to the forums! But is the concept completed?

It really doesn’t matter. You can make a concept as long as it isn’t completely copied.

I hope with what ive done it’s okay I don’t understand how red skills work honestly so forgive me. But it’s just an idea I’ve Harv for a while especially after Rapunzel was finally added