Merry Christmas, everyone! Here is my concept of Carl Fredricksen. He will be one of the last concepts I post this year. I wanted to release him Friday, but then there was school and some stuff after. So I decided to instead post it on Christmas. Enjoy! 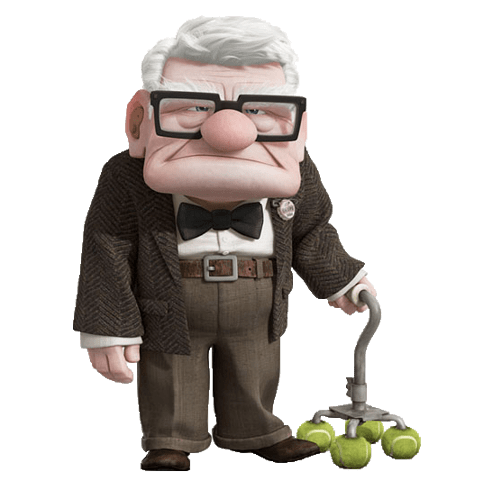 Entrance: Carl walks into the battlefield

Victory: Carl raises his fists into the air

K.O.: Carl put his hands on his knees, gasping for air

Carl may only have 100 stacks of “Change”

Active: Carl throws a jar of coins at an enemy, dealing X damage for every stack of “Change” to all surrounding enemies and the target

If Carl uses his active when he has 100 stacks of “Change”, he instead stuns enemies for 9 seconds

Normal Damage
Every 3 basic attacks, Dug will run across the battlefield, dealing X damage to all enemies

Normal Damage
Carl lifts up his cane and hits the enemy nearest to him, dealing X damage over time for 6 seconds and stunning the enemy for 4 seconds

Purple Skill: Man’s Best Friend
Whenever Carl uses “Fetch”, he heals himself for X HP and gains Z crit damage for the rest of the wave

By the way do you think my latest concept could be an actual hero?

I dont get why carl would befriend hades

It all has to do with death. Carl is so old and Hades wants to claim Carl’s life

you should add gifs for the concepts

No. I only add GIFs to describe animations, and I believe I have explained thoroughly enough. Deal with it.

You have asked me about the concept multiple times already. Don’t you think it’s too much?

Do you mean Sarge from Cars?

No sarge from toy story

@C-train is correct. I meant Sarge from Toy Story. I honestly forgot that Sarge from Cars existed

I forgot their name at least

A friendship with Hades, the lord of the dead?
That’s a little dark but okay.

I see. Sip a coffee*

Or should I change it to Scrooge…

Or maybe it could be about seeing Ellie? Oooooooooo…

Never thought about that.