That Zombie Has A Beautiful Voice 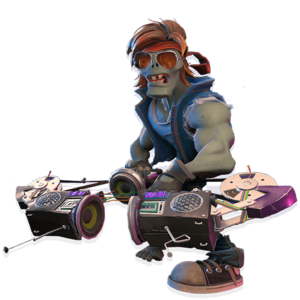 A blast from the past, 80s action hero hunts down enemies with his heat seeking missiles and hit one-liners. So smooth!

Role: Damage
Position: Back
Trial Team: Yellow
Entrance: Gets dropped off by Zomboss’s blimp
Victory: Does an air guitar
Defeat: Rests on one knee and is mad
Attack: Shoots a bow at the enemy

White Skill: Can’t-Miss-Ile (Fantastic Damage)
Passive: Action Hero applies 1 tag to enemies damage every 2 basic attacks. Enemies can have up to a max of 3 tags.

Blue Skill: Dynamite Dodge (Normal Damage)
Every 10 seconds, Action Hero dodges a basic attack or skill, leaving dynamite in his tracks. He then kicks it towards the enemy that attacked him, dealing X damage to them and nearby enemies. 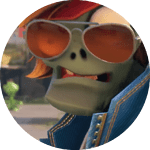 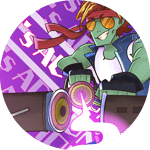 image2314×2314 2.41 MB
Red Skill: The Huntsman
Action Hero gains X skill power each time he damages an enemy with a tag from “Can’t Miss-Ile”, up to a max of X. This buff is carried from wave to wave.

Each time an enemy gains a tag, they are stunned for 4 seconds for each tag on them, up to a max of 12 seconds.

80s Action Hero-Animal
Rocking Out
Speed Buff on Tag Removal
+X Damage to “Can’t-Miss-Ile”
+XX% (+12 per star level) Reality Negation
• When 80s Action Hero removes a tag, he gains X% (+5 per star level) attack speed per tag removed for the rest of the wave.
• 80s action Hero and allies deal X bonus damage while a speed buff is active on them.