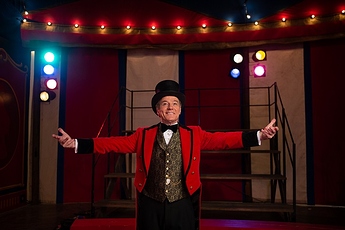 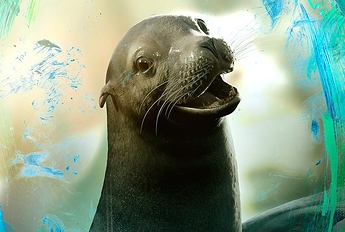 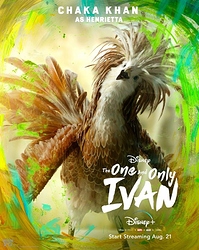 “Welcome to the littlest big top on Earth! Prepare yourself for the most marvelous majestic animal show, the likes of which you’ve never seen!”

The ringmaster of the big top mall deals damage with the help of his animal performers.

Entrance: Rides in on a tricycle then gets off. Frankie will walk into position.

Victory: Mack removes his top hat then bows and the animal he is using will:

Frankie: Claps his flippers.
Henrietta: Jumps up and down
Murphy: Laughs

Defeat: Looks down and sighs and the animal he is battling with will looked shocked.

Basic Attack: Depends on animal Mack is battling with:

Frankie The Seal: Frankie tosses a beach ball.
Henrietta The Chicken: Mack tosses a baseball.
Murphy The Rabbit: Murphy squirts an enemy with water from his fire truck. 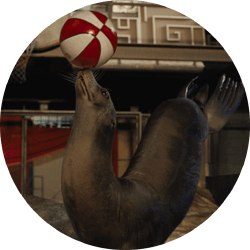 Passive : Mack starts each wave with Frankie the Seal in battle with him. Frankie’s basic attack bounces between 3 enemies hitting them up to 3 times each.

Active : Mack bows, healing himself for X and swapping out for another animal chosen by the player. While on auto, it will go in the following order: Frankie, Henrietta, Murphy.

Green Skill: Stepping Up To The Plate 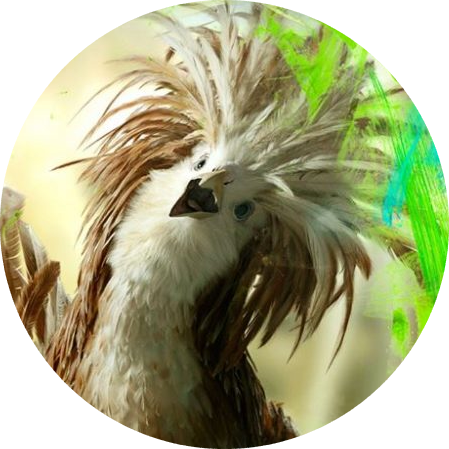 Mack fights with Henrietta. Every 7 seconds, Mack will pull out a baseball bat and give it to Henrietta. Mack then tosses a baseball into the air and Henrietta will hit it. The baseball will hit the enemy with the least armor dealing X damage and stunning them for 6 seconds. 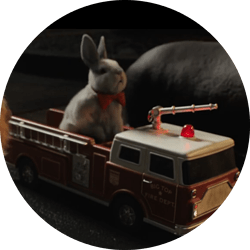 Mack fights with Murphy. Every 7 seconds, Murphy will turn on his Fire Truck hose and spray an enemy for 4 seconds, dealing X damage per second. 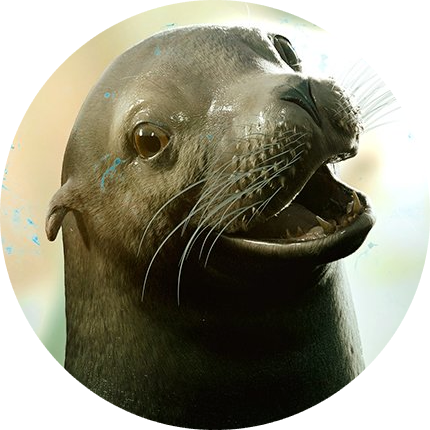 After Frankie uses his basic attack, he gains 25% Attack Speed for 7 seconds. 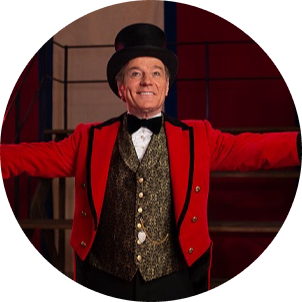 Stepping Up To The Plate decreases the enemy’s armor by X. Rabbit In A Fire Truck gains Y Splash Damage.

-Mack is voiced by Bryan Cranston

-Frankie is voiced by Mike White

-Henrietta is voiced by Chaka Khan

-Murphy is voiced by Ron Funches

Also apologies for the huge skill icons and character images, there was a huge difference in the size of the pictures I used.

Rabbit In A Fire Truck

That rabbit loves his truck