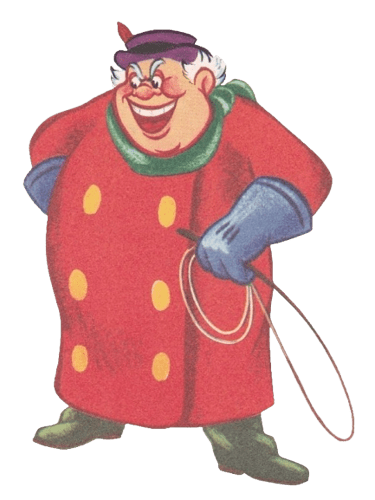 Entrance: Walks in and takes out his whip

The Coachman points to the Most Wanted enemy, dealing X damage to them, transforming them into a donkey, and stunning them for 11 seconds. Enemies transformed into a donkey do not receive any passive bonuses or heal over time.

The Coachman shows his demonic face and grins. This scares all enemies for 8 seconds and reduces the damage they do by X for 10 seconds.

The Coachman throws a large sack of money at the front-most enemy, dealing X Damage and knocking them back.

The enemy targeted by Prolonged Misbehavior takes X Damage per second. If that enemy had more than 500 energy, they take an additional X Damage.

The Most Fearsome
The Coachman and Megavolt
Improved stuns

Enemies transformed into a donkey do not receive any passive bonuses or heal over time.

This would make transformation much more useful, so heroes like Pooh would not receive the heal from Balloon Delivery correct?