"The future belongs to those who know where they belong." - Unlikely Contest Submission

This is my unlikely submission for the 2nd Grand Concept Creation Contest 2021! Hope you enjoy! 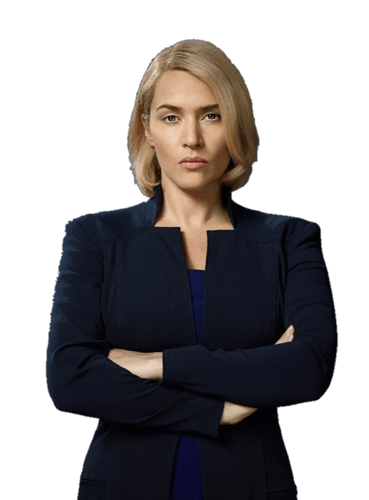 Description: Jeanine Matthews, leader of the Erudite faction, analyzes enemies and runs her mind control simulations to bend them to her will.

Quote: “Amazing, isn’t it? Everything we think of that makes up a person - thoughts, emotions, history - all wiped away by chemistry.”

Entrance: Jeanine walks to her position with an emotionless face.

Defeat: Jeanine tries to control the simulation but it fails and she looks frustrated.

Passive: with every second basic attack, Jeanine instead targets the farthest non studied enemy with a serum projectile, stunning them for 4 seconds and studying them for 18 seconds.

Active: Jeanine activates the serum and starts the simulation, charming all studied enemies for 14 seconds and removing all study effects from them. Enemies charmed by this skill deal 50% additional damage to other enemies, and this skill ignores tenacity.

If the charm is not applied to an enemy for any reason, study effects are not removed from that enemy.

Jeanine cannot run a simulation if there are no studied enemies.

The Charm has a chance to fail against enemies above level Z.

Jeanine runs analysis on all enemies, studying them for 12 seconds and removing all their active Invincibility and Reflect buffs.

Studying and removing buffs has a chance to fail on enemies above level Z.

Jeanine locates the two enemy Divergents with the highest Evasion and shoots them with an improved serum, dealing Y damage to them and reducing their Evasion by 60 for 12 seconds. Jeanine also deals 150% more damage to studied enemies with “Remove the Divergents”.

Jeanine gains X Basic Damage for the rest of the wave every time an enemy is studied, up to a max amount of Z Basic Damage.

The additional normal damage against studied enemies is reduced against enemies above level Z.

Jeanine Matthews - Yzma
Campaign Overview: Yzma claims to be able to improve Jeanine’s serum. She is reluctant, but in the end accepts to let her try.
Allies: John Silver, Basil, Magica De Spell

Alchemic Serum
Removed buffs are given to allies

Jeanine Matthews - Jack-Jack
Campaign Overview: Jeanine tricks the Incredibles into letting her babysit Jack-Jack for one day. She plans to use this time to study his incredible powers.
Allies: Beast, Honey Lemon, Meg