So since It’s the holiday season I decided to do a game and the game is Guess the show movie or character from any Disney,Pixar, show, movie, Disney Channel live action star or Episode of that show along with a line from any of them shows.

The Rules are I come up with a question or two, and whoever get it right will get not just 25 point but the show/character/movie with a meme telling if they can decide if they want to. (For example a meme will say trade or keep or Swap someone’s card you decided it may also say you get bonus points) You can use the memes if you want but you have to post them if your using it with the answer because if they don’t then they will get less points and if you fix it you will get a tiny bit of points. Whoever uses someone’s meme when it’s not theirs will lose points. But if the person gets more than one question I post on the same day right will get another 25 points with more meme cards saying something fell free to do what it says.

Also question will be with the same character but with something different and 50 points if there are 2 answers or if I decide. If it’s questions with explanation you only get one try

Sounds fun! When will you start asking questions?

I can start with one

This Princess was the first Disney Princess
In a film Who is it?

CORRRECT!!!
You get 25 points Darth Vador

These girls were the girls of Disney channel back in the 2000’s One of these girls last name dosen’t start with the Letter P who is it? I’m guessing the third one because I have no idea, but I know it’s not the first two (Kim Possible and whatshername Pride or Proud or something) and I will use the meme.

You are Correct Darth Vador and her name is Brandy Harrington from Brandy and Mr. Whiskers
Here is 25 points 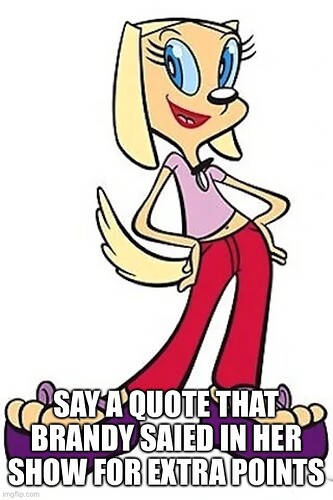 There fix but let’s keep going on this game

Correct you get 25 points 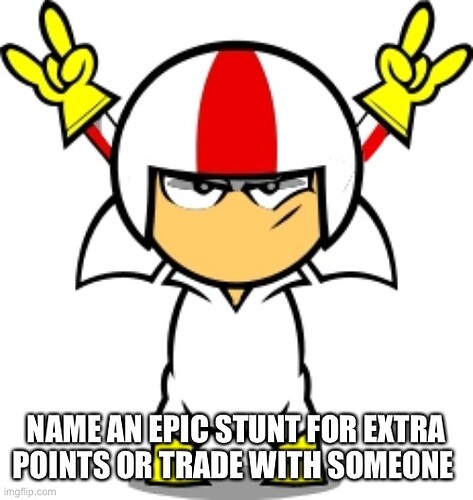 Which Pixar Character is an expert at funny?

Correct you get 25 points 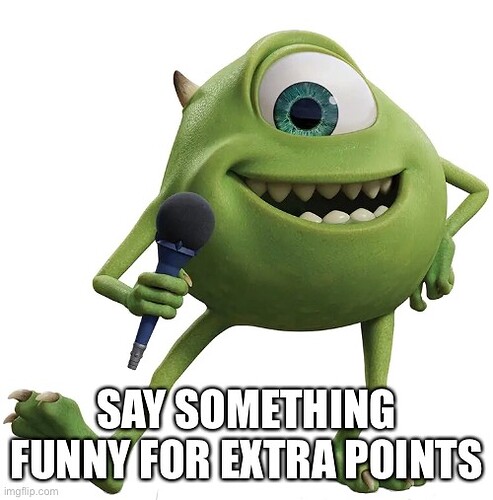 Which show was Raven’s first live action show before we saw her again?

As in that’s so raven?

Correct Caption C you get 25 points 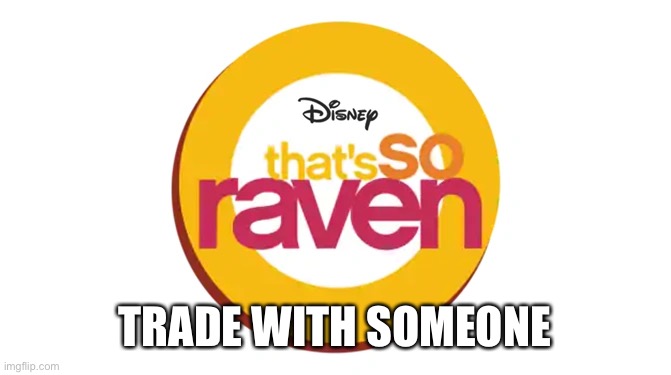