The Hungry Caterpillar... no, not that one 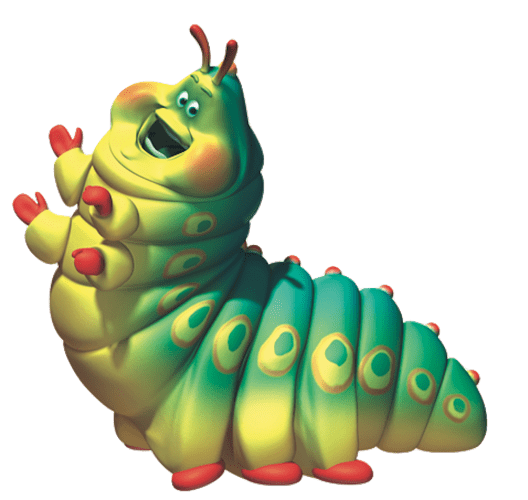 “I hate performing on an empty stomach!”

Always hungry for more, Heimlich squirms on the battlefield, protecting his allies while having a nice, sweet meal.

Entrance: Heimlich squirms into the battlefield

K.O.: Heimlich places his hands on his cheeks and gasps in horror

Basic Attack: Heimlich takes out a piece of grain and swallows it, healing himself for Y HP

Fantastic Damage
Heimlich “runs” across the battlefield, dealing Y damage to all enemies, knocking them back as he passes through them

Green Skill: Sweet Appetite
Heimlich takes out a candy corn and takes a bite out of it, granting himself Z reality for 8 seconds.

Blue Skill: Boysenberry Cover
At the beginning of every wave, Heimlich walks into the battlefield headless. When he arrives at his position, he pops his head out, which is covered in boysenberry, decreasing the reality of all enemies by Z for 8 seconds

Then, Heimlich licks his face for boysenberry, granting himself Z reality for 11 seconds.

Purple Skill: Live Bait
Heimlich redirects 20% of damage dealt to any of his allies to himself, but heals himself for 70% of the damage redirected

This effect is less effective against allies above level Z

Red Skill: Big Bite
Whenever Heimlich performs a basic attack, he also heals the ally with the least amount of HP for Y HP and grants them a 60% chance to deal 100% more damage to an enemy within their next basic attack.

If they’re basic attack doesn’t deal damage to an enemy, they are instead granted Y reality

Heimlich may perform this skill to himself as well

This should’ve been posted last week, but I didn’t post it because it was Patch Notes week, and the excitement of it would drive people away from paying much attention to new topics or concepts.

And I’ll keep on doing this for a while. I might consider posting on Sundays though.

Got any suggestions? Write them down here!

I love seeing appreciation for A Bugs Life.
Good concept

(I am surprised no one got the title’s origin though…)

I still love that book! I read so many Eric Carle books as a kid!

I wanted to do something like this, and am so happy that I found this bc it’s 100x better than what I would’ve put together!

Heimlich is my favorite. I wish so badly that this was a thing. I’d feel more motivated to play than I am rn honestly.

What am I to do with them instead besides liking them? Stare?

If you don’t want to PM them, then don’t reply to an old post it’s against the forum rules.

You are bumping posts

Even if it isn’t against the rules, just don’t do it. It’s rude and bad forum etiquette.