“I have an excellent idea. Let’s change the subject.”

The March Hare is armed with his mallet showing everyone there is only way to stop a mad creep.

Entrance: flutters in on his ears

Defeat: Sheepishly offers the enemy a cup of tea.

White Skill: A Very Merry Unbirthday: March Hare blow out the candle on an Unbirthday cake which rockets towards an enemy.

Green Skill: In a Jam: Flings a spoons full of jam which decreases move speed.

Blue Skill: Half a Cup: March Hare slices a teacup in half slicing enemy armor in half

Purple Skill: Clean Cup! Move Down!: A Very Merry Unbirthday move the frontmost enemy to the back.

Red Skill: Nothing Whatever: The March Hare cannot be effected by true damage attacks 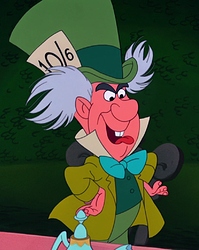 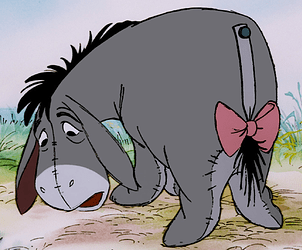 Campaign: A Day for Eeyore: The March Hare helps Eeyore celebrate his birthday when Eeyore thinks everybody has forgotten it.

Disk: Many Happy Returns: In a Jam increases armor for each control the enemy has.