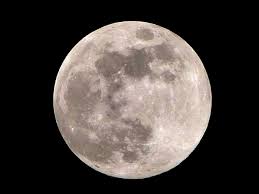 Passive: Like the sun, the moon is in the corner of the battlefield and does not have a basic attack and instead just shines on allies and enemies, the moon changes phases throughout battle causing the shine to not reach all allies and enemies which will affect skills. Each phase lasts 8 seconds
Active: The Moon quickly changes phase and becomes a full moon causing the whole battlefield to be hit with the moons shine, The quick switch between phases confuses enemies decreasing their skill power by x for 10 seconds.

The moon turns blood red scaring all enemies for 15 seconds and applying an extra 4 seconds to the timers of any debuffs on enemies in the moons shine.

The moon causes all in its shine to get sleepy causing enemies to be slowed by 85% for 8 seconds and causing allies to become “relaxed”, relaxed allies are immune to disables and take x less damage for the duration, allies stay relaxed for 7 seconds.

At the beginning of each wave all allies start relaxed and allies stay relaxed for 9 seconds, one random ally is granted one random buff permanently.

Enemies in the moons shine are granted 1 stack of fatigue every 5 seconds they are in the shine. The ally chosen for a permanent buff by “Blue Moon” is also granted immunity to fatigue.

“The terror in the night!”
When the moon reaches a phase where it’s completely dark the one ally chosen for the “Blue Moon” skill and one other random ally will become invisible for 5 seconds (+1 each star)
+X reality

I hope everyone enjoyed this concept! It’s not the best since I haven’t released one in a while, this was originally gonna be a original concept on Ariel but then she got released so instead I worked on my moon concept

Thank you for reading