This concept was requested by @Waternoose_LXXXVII(and I really wanted to do it). Feel free to leave any feedback! 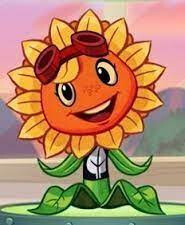 Solar Flare is a 2 Star Backline Damage Hero, whose Trial Team is Yellow.

Creeps? Zombies? Solar Flare doesn’t care! Her solar powers will destroy the enemies and grant energy to her allies, because the sooner the battle ends, the sooner she can relax!

(She doesn’t talk as far as I’m aware)

Source: PvZ: Heroes
Mastery Collections: Damage, Healer.
Entrance: Flies into position in her flare form.
Victory: Flares up and flies into the air while spinning.
Defeat: Puts her hand or her mouth while looking concerned.
Basic Attack: Throws a small fireball on the enemies. 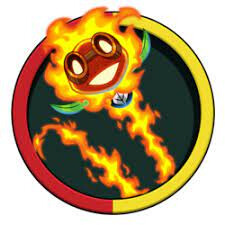 Solar Flare flares up, flying above the battlefield and throwing a fireball at the enemies, dealing X damage to enemies in an area. When she comes back to position, she grants “Energized” to all allies and herself for 10 seconds. Allies “Energized” by Solar Flare gain 75 energy every time they damage an enemy with their basic attacks.

Solar Flare makes the Sun shine brighter above the battlefield, granting to all allies and herself a X Skill Power and Reality Buff, as well as giving to all enemies a X Basic Damage and Reality debuff. This skill also heals “Energized” allies for X HP over the course of 5 seconds.

Fantastic Damage
Solar Flare’s basic attacks now also deal X damage to enemies in an area. Once every 5 seconds, when Solar Flare or her allies deal area damage, they gain “Energized” for 10 seconds.

Sponsored by Bloom & Doom Seed Co.
Now, the waves will start with a Sunflower on the battlefield.
Solar Flare gains Z Skill Power per Sunflowers that were planted in the duration of the battle.
Whenever Solar Flare or her allies receive “Energized” they gain 1 Stack of Hardy.

Is Charged in Battle When: Energized is applied to allies 5 times.

Solar Flare + Rapunzel
Campaign: Daughters of the Sundrop: Rapunzel feels a strange connection towards Solar Flare, and goes after her to investigate her relation with the Sundrop Flower.
Allies: Flynn Rider, Fairy Godmother, Pleakley.
Disk Name: Flower Gleam and Glow
Effects: +X Reality; +25% Improved Healing
Stars: Solar Flare and her Allies have up to 1(+1 per star) debuff cleansed when they receive “Energized”.

Solar Flare + Vanellope
Campaign: Videogame Stars: Solar Flare, after playing Sugar Rush in the City’s amusement arcade, is amazed by meeting Vanellope. After some conversation, they decide to test who is faster: Solar Flare flying, or Vanellope in her car?(Should be included in her moveset instead of… what’s there right now).
Allies: Dash, Shank, Barley
Disk Name: Sunlight Speed
Effects: +X Skill Power; +50 Reality Negation
Stars: While Solar Flare is Energized, she gains a 25%(+25% per star) attack and movement speed buff.

Honestly being a plant,I would’ve liked her to have a friendship with Walle,but I do like how your disks came out!

I could use this in another PvZ concept in the future. Thanks for the idea and the kind words!

Maybe you can try making Beta-Carrotina? She can bolster her team’s sustainability with her crew while disrupting the enemy’s aggression.