“On the dark, weird road I travel, I’m afraid you can not follow. Welp, call me for dinner!”

Stanford uses his inventions and possessions to control enemies on the battlefield.

Entrance: Stanford walks into the battlefield writing in Journal #1. Then, he looks up and puts his journal away

Victory: Stanford takes out his journal and resumes writing

K.O.: Stanford steps back and gasps

Normal Damage
Stanford takes out his Quantum Destabilizer, and shoots it at the enemy with the “Most Wanted” enemy, dealing Y damage to them and surrounding enemies. Damaged enemies are also stunned for 8 seconds.

If an enemy avoids direct damage or the stun from this skill, Stanford may gain 80% attack speed for 8 seconds for every enemy who avoided the damage or stun.

Attack speed boost may fail if enemies who avoid damage or stun are above level Z.

The enemy dealing the most damage is automatically given the “Most Wanted” status. 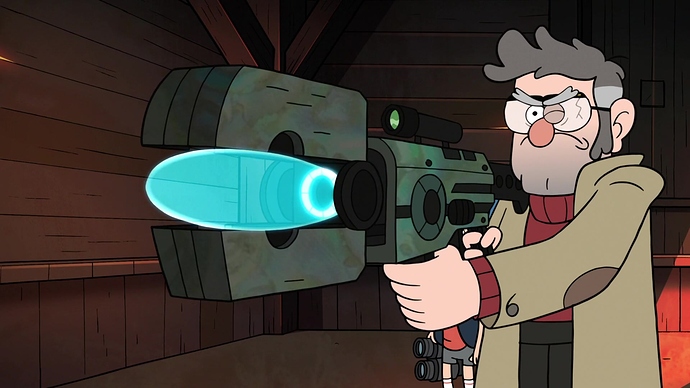 True Damage
Stanford rolls the infinity-sided die. One of the three listed outcomes may occur:

The “Most Wanted” enemy and 2 other random enemies are stunned for 9 seconds while Stanford gains X basic damage for 13 seconds.

All enemies’ attack speed and movement speed are reduced by 80% for 8 seconds while Stanford gains 70% attack speed for 9 seconds.

Any outcome results in Z HP being stolen from the “Most Wanted” enemy.

Blue Skill: Making Observations
Stanford takes out his journal and writes down in it, studying all enemies for 9 seconds and gaining 250 energy.

Study may fail on enemies above level Z.

If an enemy attempts to disable him, the disable is instead inflicted on themselves. This may only happen every 5 seconds.

Disable immunity may fail against enemies above level Z.

Whenever a studied enemy gains a temporary buff, Stanford reduces the length of the buff by 40%.

This may fail against enemies above level Z.

Is the title a reference to Dexter’s laboratory?

Is the title a reference to Dexter’s laboratory?

No. It’s one of his nicknames in the show.

Hand? Hmm? It could be Mother Gothel

It’s the guy that plays the piano