The sky is falling! (chicken little and Kirby concept)

Ok, so this might sound ridiculous, but unlike some people, I actually enjoy Disney’s first CGI film “chicken little”. It was good, with my only negative being chicken little’s father. So after recently watching it, I decided to make a hero concept for the long-lost and forgotten character. 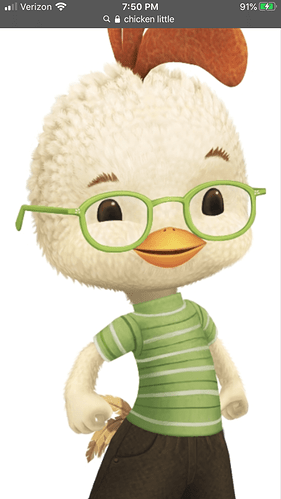 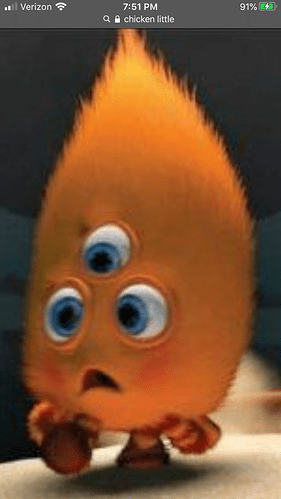 image750×1334 541 KB
Appearance: I couldn’t find a good picture, but chicken little wears his baseball uniform and helmet, holding a baseball bat, with a determined look. Kirby has his usual appearance and has a happy look.

“What were we talking about?”
Description: with his alien friend Kirby, chicken little his baseball skills to take down enemies

Entrance: Kirby runs to the battlefield and gives a look of fear to the enemy, but chicken little comes to reassure his friend and feels better.

Defeat: Chicken little drops his baseball bat and falls to the ground while Kirby gets scared

Basic attack: Chicken little throws a baseball at and enemy

White skill- “overprotective”: Kirby’s parents (robot suits) shoot lasers and hit the enemy in the back

Green skill- “today is a new day”: Chicken little hits a baseball and hits all enemies that stun enemies

Blue skill- “the sky is falling!”: Chicken little throws a piece of the sky on to the nearest enemy, dealing fantastic damage and stunning them

Purple skill- “One little slip”: when chicken little and Kirby are below 50% hp, their basic skill now heals them little amounts

For Gerald, marlin, and Nemo, I imagine Nemo and chicken little talking about their dads and how similar they both were.

Anyway I hoped y’all enjoyed reading this. I really only made this concept because I felt like making one. And while I was thinking of what character to do, i had chicken little on the TV. I do plan on making more concepts of more lesser known characters…

Sounds like a great hero to add because I love chicken little!!