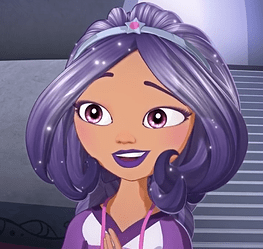 The Star Darling use her positive wish energy to give her allies some star power.

Victory: She glows with excitment as she celebrates

Defeat: She shrugs and give a sheepish grin

White Skill: Star-Charmed: Through the power of her power crystal, she gives an ally invincibility

Green Skill: Shooting Star: She enters into a shooting star, which blazes through enemies 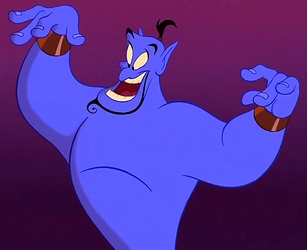 Campaign: Missing Darlings: When the other Star Darlings go missing, Sage and Genie follow the clues to find them. 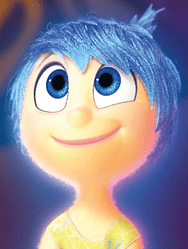 Campaign: Think Positive: When negative wish energy is powering the creeps, Sage and Joy try to give positivity boost to the city.