Here’s the concept of the poll winner: Lotso! I’ve tried to make his skillset as unique as possible, since there already are some good concepts about him, so I hope you guys enjoy! Feel free to leave any feedback! 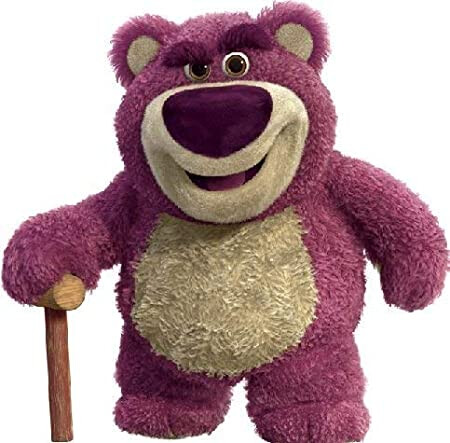 Lotso is a 1 Star Frontline Control Hero, whose Trial Team is Blue.

Broken toys tremble before his presence. His strawberry scent can be smelled from miles away, bringing feelings of terror. It’s Lotso, ready to control the battlefield and throw away every broken enemy, leading his allies from the frontline with his charisma and imponence.

“You’ve got a playdate with destiny.”

Mastery Collections: Control, Stun, Healer.
Entrance: Lotso descends from his truck into position.
Victory: Smirks at the enemies and elevates his face.
Defeat: Breaks his cane out of anger.
Basic Attack: Swipes his cane at enemies within melee range.

Normal Damage
Lotso hugs the closest enemy tightly, applying “Broken” to them for 10 seconds, dealing X damage, and then pushing that enemy, which knocks them back while also stunning them and the 2 closest enemies for 10 seconds.

Meant to Be Thrown Away
Whenever an enemy is disabled, they have “Broken” applied to them for 5 seconds. Enemies have a -50% Movement and Attack Speed Debuff while “Broken”.
The Slow is less effective against enemies above level Z.

Normal Damage
Now, each stuffing grants 1 Stack of Hardy to the allies they are applied to.
Whenever an enemy releases more than 4 Stuffing in the span of 5 seconds, they are dealt X Damage over 8 seconds and are Stunned for 5 seconds.
Enemies will now also release Stuffing when they are dealt more than 25% of their Max HP as damage in one hit.

Is Charged In Battle When: Enemies are dealt TRUE damage 5 times.

Lotso + Sadness
Campaign: Getting Over It: Sadness, after hearing Lotso’s backstory, goes after him to comfort him and make he understand his own feelings and find a better way to cope with them.

Lotso + Buzz Lightyear
Campaign: Under Watch: Buzz cannot let Lotso roam free in the City, so he grants that he will be in constant watch. Lotso, on the other hand, is trying to get rid of or find a way to conceal his strawberry scent so that he isn’t so easily tracked.

Which Disk Would You Use?

I’ve tried to post pngs here in the foruns before, but it always went wrong. Apparently you have to cut the background

I can never figure out why.