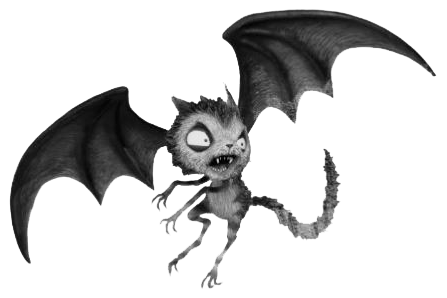 the demonic feline Dracula flies into battle ready for a attack of doom
Quote: “Meow”

Entrance: mr. Whiskers walks into battle but then transforms into the vampire cat

Defeat: is struck by lightning and starts shaking and explodes in a cloud of smoke.

fantastic
Whiskers jumps up and drags a creep back to his spot. A bunch of wood on fire falls on the creep dealing Y damage per second and making them stay there for 13 seconds.

true
Whiskers flies into the sky and grabs a wrapping and drops it near a creep, the first creep to walk on it will be stunned and will be the next to die if another creep dies.

true
Whiskers flies into a creep and bites them, the creep then is struck by lightning and it turns into the vampire cat, this will happen twice in one battle. The creep (now a cat) will be the vampire cat the whole game and be the exact same as whiskers.

Purple skill: freaky fiend
Whiskers will cough up a hair all and eat it (gross) which will revive him at 80% health

Red skill: demon of cats
Each time Mr. whiskers deals damage to an enemy, she gains 30% of the damage dealt as HP.

This skill is less effective against enemies above level 205.

Sorry he came a little late, I had a lot going on

These skills don’t have variables

All control, damage, and tank creeps will be sapped

How long is the sap?

Chess is incredibly op and he hasn’t been nerfed

These skills don’t have variables

I purposely did that

I don’t think purples need variables since it is a revive, the blue skill doesn’t need one either since it doesn’t take away health of necessarily kill anyone, same with green skill

Every skill has to have a variable, there is then no point to leveling and maxing it out.

Chess is incredibly op and he hasn’t been nerfed